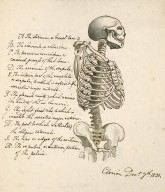 The content of the Medicine in America student blog is written by students enrolled in a course on the history of American medicine at Grinnell College. The course is taught annually by Professor Carolyn Lewis. All contents, ideas, opinions, and errors belong to the author of each individual post, and do not reflect the ideas, opinions, or policies of the professor, the other contributors, or Grinnell College.

Carolyn Herbst Lewis was a co-founder of Nursing Clio. Until January 2015, she served as an editor and contributor. Nursing Clio is an open access, peer-reviewed, collaborative blog project that ties historical scholarship to present-day issues related to gender and medicine. The mission of Nursing Clio is to provide a platform for historians, health care workers, community activists, students, and the public at large to engage in socio-political and cultural critiques of this ongoing and historical dialogue regarding the gendered body, the history of medicine, popular culture, current events, and other issues that catch our attention. 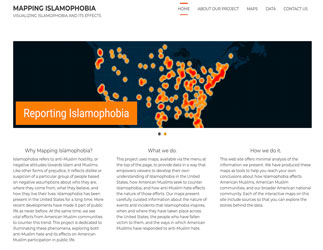 Since the fall of 2016, Caleb Elfenbein has been working with a team of students to create an interactive web site charting Islamophobia and its effects in the United States, Mapping Islamophobia. This interdisciplinary project includes an important contemporary history component, showing how manifestations of anti-Muslim hostility in public life have changed over time as well as how American Muslim communities have responded. The team is building two datasets from scratch, one charting anti-Muslim hostility and the other American Muslim participation in public life. These datasets, which are available for download, animate and populate a series of interactive maps that allow users to see overall trends as well as the stories behind each data point. Maps include data presented (and sortable) by year, activity, gender, and more.

In the Fall 2014 semester, students in History 214: The American Civil War and Reconstruction class got help from DASIL to explore data about black soldiers who enlisted in the U.S. Army during the Civil War. Students had also read several articles that used Geographic Information Systems to do spatial analysis, and I was interested in doing an in-class exercise to help them think critically about military data and to introduce them to using the GIS technology.

Utilizing contemporary tools to analyze historical data provides a unique way to approach historical research, but can prove to be an arduous process as modern tools may not be compatible with historical data. Emily Hackman (2016) worked with Professor Sarah Purcell to create maps for her book on spectacle funerals of key figures during the U.S. Civil War and Reconstruction. Using GIS technology, we are able to juxtapose census and election data with the geographic routes in highly analytical maps.