The Grinnell College Libraries is excited to be a part of the Student Research Symposium this year.  Come join our Grinnell students across all divisions who will present their posters from 4-6 p.m. in Burling Lounge.

The symposium is free and open to the public and light refreshments will be available.

Grinnell College welcomes the participation of people with disabilities. If you plan to attend this event and need accommodation, please contact Burling Library as soon as possible to make your request.

Please be safe and aware of activity that may affect you.

The fence around Mac Field is in place to facilitate geothermal well field drilling, which is scheduled to be completed by August. Traffic on Mac Field will resume when new turf is fully established. Thank you for your patience with our energy sustainability efforts.

Installations occurring during this time period:

Please be safe and aware of activity that may affect you. Construction is expanding beyond the HSSC site.

The fence around Mac Field is in place to facilitate geothermal well field drilling, which is scheduled to be completed by August. Traffic on Mac Field will resume when new turf is fully established. Thank you for your patience with our energy sustainability efforts.

Major activity week of March 27 through the week of April 3:

Installations occurring during this time period:

Getting Ready for the New Admission and Financial Aid Center

We are moving forward with site preparation for the new Admission and Financial Aid Center (AFA), which will be constructed on the southwest corner of the intersection of Park Street and Eighth Avenue. This makes it necessary to relocate the Center for Religion, Spirituality and Social Justice (CRSSJ), as well as three student language houses.

The design for the AFA is still in development, with construction scheduled to start in fall 2017. Current plans call for the AFA to open a year later, in the fall of 2018.

The CRSSJ currently occupies a two-story house, built in the early 1900s, that will be razed this summer to make way for the new AFA. The CRSSJ will move across Eighth Avenue to a one-story, College-owned house at 913 Eighth Avenue.

To accommodate the CRSSJ's varied and special needs, we will extensively renovate, remodel, and expand 913 Eighth Avenue to create a fitting home for the CRSSJ and its many programs. The new CRSSJ will include respectful space for students of all religions and spiritual traditions.

We will construct a 17-foot by 20-foot addition onto the back of the building to create two separate, dedicated prayer spaces to serve students of Hindu and Muslim traditions. President Raynard S. Kington reviewed the design for the proposed addition and gave the authorization to proceed. The students served by the new prayer spaces will be invited to provide input on paint colors, furnishings, and décor. Providing dedicated prayer spaces is an expression of our fundamental commitment to diversity and inclusivity.

The new CRSSJ will also include a lending library, meditation space, multi-religious library, and a large worship and prayer space. The entire first floor of the new CRSSJ will be accessible, a major improvement over the current space. There will be a ramp to provide wheelchair access to the building, which will also include a fully accessible restroom.

Construction work on the new CRSSJ is already underway and is scheduled to be completed this summer. We expect the CRSSJ to move in well before students arrive for the fall 2017 semester.

To clear the site for the new AFA, the Chinese House, German House, and Russian House, which are home to a total of 24 students, will be physically moved onto new foundations being constructed on the west side of Park Street just north of Eighth Avenue. The construction and move are scheduled to occur between June and September 2017.

The current Reading Lab at 1321 Park Street will temporarily move to a College-owned house at 1204 East Street the week of March 20, 2017. The lab will remain on East Street until it moves into the new Humanities and Social Studies Complex (HSSC), which is expected to be completed in summer 2020. The HSSC will be the new home for both the Reading Lab and the Writing Lab. The Park Street house will be razed before the end of this semester to clear space for the relocated language houses.

Activity at the HSSC site is picking up. Please be safe and aware of occurrences that may affect you.

Installations to be aware of:

Belle Plaine Author to Speak at the Pioneer Bookshop

Author Karen Hoelscher Johnson will be presenting her newest book Lancaster's Rose at the Pioneer Bookshop at 1 p.m. Saturday, March 11.

In this heartwarming tale of lost love, Johnson relives a simpler time — when life on the prairie meant dreaming of a life worth living.

Johnson grew up on the plains of Iowa where she and her nine siblings created stories for their entertainment.  She holds a master's degree in elementary education.

Ash Wednesday Service of the Word

The Chaplain's office is sponsoring an Ash Wednesday Service of the Word at 12:10 p.m. Wednesday, March 1, 2017, in Herrick Chapel.

Deanna Shorb will be preaching, and ashes will be available for those who wish to receive them. ​

Kenneth Adelman ’67 on Reagan at Reykjavik 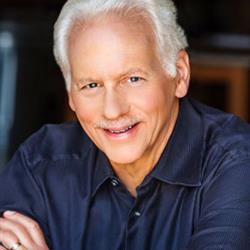 Former Reagan Administration Arms Control Director and a US Ambassador to the United Nations Ken Adelman '67 will discuss, during a talk at Grinnell College on Thursday, March 2, the famous 1986 superpower summit in Iceland that helped lead to the end of the Cold War.

Adelman's book Reagan at Reykjavik: Forty-Eight Hours that Ended the Cold War is being made into an HBO movie, with actor Michael Douglas starring as President Ronald Reagan.

Adelman's talk at the College will draw primarily from the Reykjavik Summit and his first-hand experiences there, incorporating leadership lessons and diplomacy insights.  The event begins at 11am at Alumni Recitation Hall (ARH) Room 302.

Adelman, a 1967 Grinnell College alumnus, was captain of the varsity swim team and active in the College's Program in Practical Political Education (PPPE), which is co-sponsoring the event with the Rosenfield Program.

He served in a variety of prominent positions in the federal government, starting in 1969 at the U.S. Department of Commerce.  From 1975 to 1977, he was an assistant to U.S. Secretary of Defense Donald Rumsfeld before joining the Reagan Administration in 1981.

In addition to his federal service, Adelman served as the translator to boxer Muhammed Ali during his trip to Zaire for the famed "Rumble in the Jungle" rematch with Joe Frazier.   Adelman is a popular speaker on executive leadership, weaving in Shakespearean themes in his program Movers & Shakespeares.