Each year, in the spring, a distinguished author gives a public reading, conducts a workshop or roundtable, and dines with students and faculty. Among other prestigious honors, these authors have won the Pultizer Prize, the National Book Award, the National Book Critics Circle Award, and the MacArthur Genius Grant. Initiated in 2004, the event usually caps a robust series of readings and workshops on campus. It is made possible by a Grinnell alum who prefers to remain anonymous. For more than fifteen years, he and his wife have supported programming that allows the Grinnell community to hear from, and interact with, the nation’s most prominent writers. Their generosity also gave birth to the popular six-week short courses taught by faculty from the University of Iowa Writers’ Workshop. Distinguished authors have included W.S. Merwin, Marilynne Robinson, John Edgar Wideman, Ana Castillo, Adrienne Rich, Edward P. Jones, Dorothy Allison, Mark Doty, Natasha Trethewey, Tracy K. Smith, Alison Bechdel, Edwidge Danticat, and James McBride. 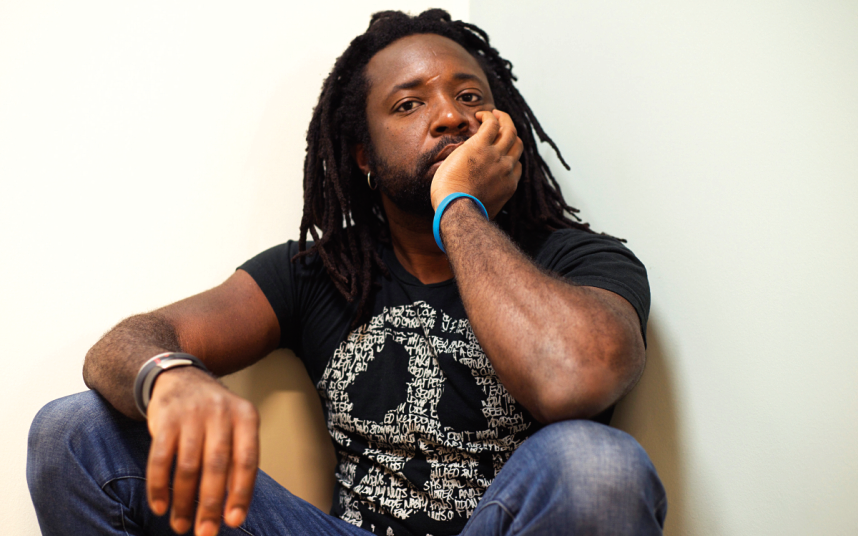 Marlon James won the 2015 Man Booker Prize for Fiction for A Brief History of Seven Killings, making him the first Jamaican author to take home the U.K.’s most prestigious literary award. In addition to the Man Booker Prize, A Brief History of Seven Killings won the American Book Award, the Anisfield-Wolf Book Prize, the OCM Bocas Prize for Caribbean Literature, the Minnesota Book Award, and was a finalist for the National Book Critics Circle Award. James is in the process of adapting the work into an HBO television series. 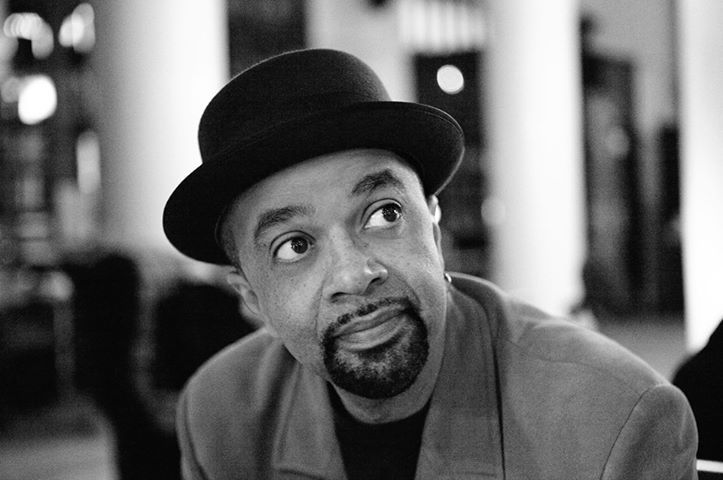 James McBride is an author, musician and screenwriter. His landmark memoir, 'The Color of Water,' rested on the New York Times bestseller list for two years. It is considered an American classic and is read in schools and universities across the United States.  His debut novel, 'Miracle at St. Anna' was translated into a major motion picture directed by American film icon Spike Lee. It was released by Disney/Touchstone in September 2008.  James wrote the script for 'Miracle At St. Anna and co-wrote Spike Lee's 2012 'Red Hook Summer.' His novel, 'Song Yet Sung,' was released in paperback in January 2009. His latest novel 'The Good Lord Bird,' about American revolutionary John Brown, is the winner of the 2013 National Book Award for Fiction. 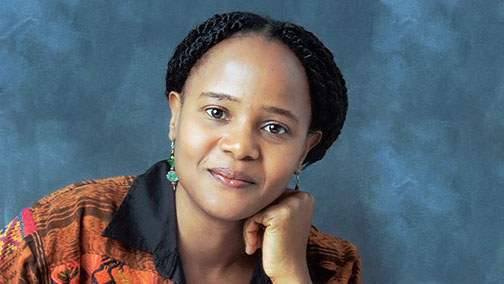 Originally known for the comic strip Dykes to Watch Out For, Bechdel is the author of the critically acclaimed graphic memoir, Fun Home: A Family Tragicomic, which was a finalist for the National Book Critics Circle Award, and Are You My Mother?: A Comic Drama. She is a 2014 recipient of a MacArthur Genius Award.

Born in Massachusetts, earned her BA from Harvard University and an MFA in creative writing from Columbia University. From 1997 to 1999 she held a Stegner fellowship at Stanford University. Smith is the author of three books of poetry: The Body's Question (2003), which won the Cave Canem prize for the best first book by an African-American poet; Duende (2007), winner of the James Laughlin Award and the Essense Literary Award; and Life on Mars (2011), which won the 2012 Pulitzer Prize for Poetry.

Natasha Trethewey is the 19th United States Poet Laureate [2012-2013]. In his citation, Librarian of Congress James Billington wrote "Her poems dig beneath the surface of history - personal or communal, from childhood or from a century ago-to explore the human struggles that we all face." She is the author of Thrall [2012], Native Guard [Houghton Mifflin], for which she won the 2007 Pulitzer Prize, Bellocq's Ophelia [Graywolf, 2002], which was named a Notable Book for 2003 by the American Library Association, and Domestic Work [Graywolf, 2000]. She is also the author of Beyond Katrina: A Meditation on the Mississippi Gulf Coast [University of Georgia Press]. A memoir is forthcoming in 2013.

Mark Doty is the author of several collections of poetry, most recently Fire to Fire: New and Selected Poems (HarperCollins, 2008), which received the National Book Award; School of the Arts (2005);Source (2002); and Sweet Machine (1998). Other collections include Atlantis (1995), which received the Ambassador Book Award, the Bingham Poetry Prize, and a Lambda Literary Award; My Alexandria (1993), which was chosen by Philip Levine for the National Poetry Series and which won the National Book Critics Circle Award and Britain's T. S. Eliot Prize, and was also a National Book Award finalist; Bethlehem in Broad Daylight(1991); and Turtle, Swan (1987). He has also published several memoirs including Heaven's Coast (1996), which received the PEN/Martha Albrand Award for First Nonfiction,Firebird (1999), Still Life with Oysters and Lemon: On Objects and Intimacy (2000), and Dog Years(HarperCollins, 2007). Doty has received fellowships from the Guggenheim, Ingram Merrill, Rockefeller, and Whiting foundations, and from the National Endowment for the Arts. He was elected an American Academy Chancellor in 2011. He has taught at the University of Houston and is currently serving as a Distinguished Writer at Rutgers University.

Dorothy Allison’s first book of poetry, The Women who Hate Me, was published in 1983. Her first short story collection, Trash (1988), won two Lambda Literary Awards and the ALA Prize for Lesbian and Gay Writing. Her first novel, Bastard Out of Carolina (1992), was a finalist for the 1992 National Book Award, won the Ferro Grumley prize, became a best seller, and was turned into an award-winning movie by actress/director Anjelica Huston. Her second novel, Cavedweller (1998), was a NY Times Notable Book of the Year, a finalist for the Lillian Smith prize, and an ALA prize winner. It was also turned into a film directed by Lisa Cholendenko (The Kids are Alright). Allison was recently a writer-in-residence at Davidson College, and is currently working on a new novel She, Who.

Award-winning short-story writer and novelist Edward P. Jones read in JRC 101 on April 8, 2010. Jones has been awarded the Pulitzer Prize for fiction, the National Book Critics Circle Award, the International IMPAC Dublin Literary Award, and the Lannan Literary Award. He was also the recipient of a 2004 MacArthur Fellowship. His first collection of stories, Lost in the City, won the Hemingway Foundation/PEN Award and was a finalist for the National Book Award. His second collection,All Aunt Hagar’s Children, was a finalist for the PEN/Faulkner Award. His Pulitzer-winning novel, The Known World, is set in pre-Civil War Virginia, and it was for this work that Jones was awarded the Pulitzer Prize.

Renowned feminist author Adrienne Rich read from her poetry at Herrick Chapel on September 25, 2008. Rich is the author of many works of poetry and prose, including Diving into the Wreck, The Dream of a Common Language, The School Among the Ruins, Of Women Born: Motherhood as Experience and Institution, What Is Found There: Notebooks on Poetry and Politics, and Arts of the Possible: Essays and Conversations. Among her many awards and honors are the Yale Younger Poets Award, the National Book Critic's Circle Award, the Lannan Foundation Lifetime Achievement Award, the National Book Award, and a MacArthur Fellowship.

Chicana novelist Ana Castillo read from her novel The Guardians on April 10, 2008. A celebrated poet, novelist, short story writer, and essayist, Castillo's many awards include the American Book Award for The Mixquiahuala Letters, The Carl Sandburg Award, the Independent Publisher Storyteller of the Year Award, and fellowships from the National Endowment of the Arts in fiction and poetry.

John Edgar Wideman read at Grinnell College on April 30, 2007. Wideman grew up in Pittsburgh, PA, where many of his works of fiction are set. He is known for his works in several genres: novels, short stories, non-fiction, and memoirs. His works include (among others) Brothers and Keepers (nominated for a National Book Critics Circle Award), the memoir Fatheralong (finalist for the National Book Award), and the novels Sent for You Yesterdayand Philadelphia Fire (both of which won the International PEN/Faulkner Award). His awards include a Rhodes Scholarship, the American Book Award for Fiction, the Lannan Literary Fellowship for Fiction, and a MacArthur fellowship.

Marilynne Robinson visited Grinnell's campus in the spring of 2006. Robinson is best known for her novels:Housekeeping (which won a Hemingway Foundation/PEN Award for best first novel and was included in both The New York Times Books of the Century and the UK Guardian Observer's list of the 100 greatest novels of all time), Gilead (which received a Pulitzer Prize and the National Book Critics Circle Award for Fiction), and the more recent Home. Robinson has also published nonfiction: Mother Country: Britain, the Welfare State, and Nuclear Pollution and The Death of Adam: Essays on Modern Thought. Robinson teaches at the Writers' Workshop at the University of Iowa.

W. S. Merwin came to campus in the spring of 2005. Merwin is a poet, translator, and environmental activist who lives on the island of Maui. His first book, A Mask for Janus, was selected for the Yale Younger Poets series, and his collection The Carrier of Ladders was awarded a Pulitzer Prize. Migration: Selected Poems 1951-2001 won the National Book Award and the Ambassador Book Award and was named as one of the 100 Notable Books of the Year by the New York Times. In addition to the Pulitzer Prize, Merwin has been awarded the Tanning Prize, the Bollingen Prize, the Ruth Lilly Poetry Prize, and a Lannan Lifetime Achievement Award.