At the Faulconer Gallery Summer 2016 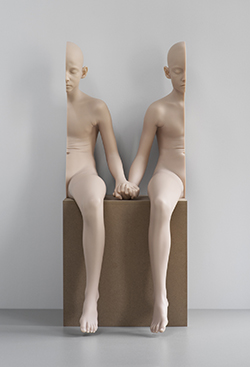 Swedish artist Anders Krisár was included in the Faulconer Gallery’s spring 2005 exhibition, Scandinavian Photography 1: Sweden. Since then he has turned to sculpture, producing figurative pieces that are uncannily lifelike — cast primarily from members of the artist’s own family — and which explore the impact of familial relationships and sociological structures on our lives as individuals.

In a global cultural exchange routinely reduced to seconds-long sound bytes and rapid-fire images, we often refer to “shiny objects” as those rare things that focus or capture our attention for a moment or two longer. Tim Berg and Rebekah Myers, an artists’ collaborative in Claremont, Calif., explore this phenomenon in their sculpture, all high-gloss and slick-surfaced, recasting everyday objects and animals in unexpected ways that emphasize the power of packaging and presentation in stoking human desire. 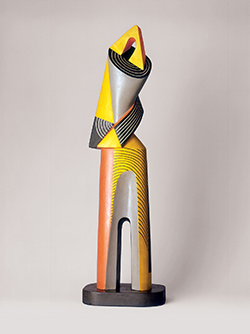 Archipenko: A Modern Legacy is a major retrospective exhibition of the life and work of Alexander Archipenko, a maverick in modern sculpture, whose creations remain as important today as they were when they were initially conceived in the 20th century. Featuring more than 50 sculptures, mixed media reliefs, and works on paper, the exhibition spans Archipenko’s entire career. Drawn from major museum collections as well as private holdings, the exceptional objects chosen for this exhibition will convey the richness of Archipenko’s vision as an innovator of modern art.

Archipenko: A Modern Legacy was organized by International Arts & Artists, Washington, D.C., in collaboration with the Archipenko Foundation.