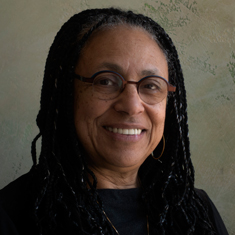 On April 19, 2018, Professor Katya Gibel Mevorach, anthropology and American studies, gave a talk at the College of the Holy Cross. Her talk explored Jewish and intersectional identities and laid a historical context for the new anti-Semitism.

She argues that “‘bloodless racism’ comprises acts of erasure or omission such as writing Jews out of the histories of the Middle East, the birthplace of Jews as a people before their expulsion into a global diaspora. Jewish socio-political and cultural histories embody multiculturalism, a recognition which disrupts the misnomer ‘Judeo-Christian,’ and discredits vacuous linkages of  Jewishness with the triad ‘white, western, colonialism’ as well as the egregious analogy of Zionism and Racism. I think it is an intellectual imperative to be intentionally attentive to the Arab Jewish presence in pre-Islamic and the Arab Muslim world alongside the experience of Jews in Europe.”