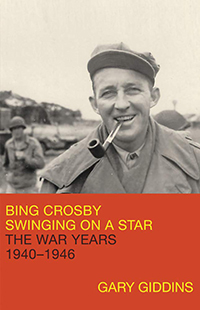 Gary Giddins ’70 released the second volume of a multipart biography, Bing Crosby — Swinging on a Star: The War Years, 1940–1946 (Little, Brown, 2018). In this follow-up to Bing Crosby: A Pocketful of Dreams — The Early Years, 1903–1940 (Little, Brown, 2001), Giddins focuses on Crosby’s most memorable period, the war years and the origin story of “White Christmas.” Set against the backdrop of a Europe on the brink of collapse, this work traces Crosby’s skyrocketing career. While he would go on to reshape both popular music and cinema more comprehensively than any other artist, Crosby’s legacy would be forever intertwined with his impact on the home front, a unifying voice for a nation at war.