Single Mothers and the State’s Embrace: Reproductive Agency in Vietnam 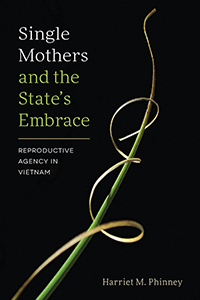 Phinney is an associate professor of anthropology at Seattle University. After the Indochina Wars, a shortage of men meant that many single women in Vietnam chose to pursue single motherhood by “asking for a child” (xin con), asking men to get them pregnant out of wedlock. This ethnography explores the practice of xin con and considers the ways their reproductive agency was embraced rather than rejected by the Vietnamese state as it entered the global market economy, a strategy that represents an intriguing alignment of Confucian heritage, Communist ideology, and governing tactics and demonstrates the social power of women.