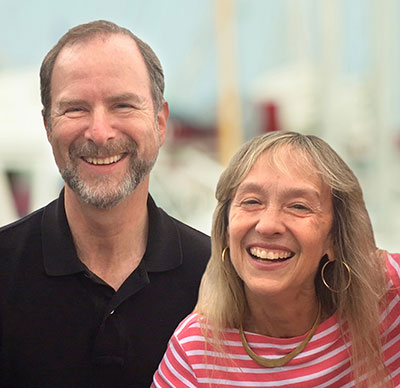 The fund will support participation by Grinnell students in “high-impact” experiences, including supplementing unpaid and low-paid domestic and international internships in any sector of the economy, job-shadowing, interviewing and networking, and attending career-oriented, professional development conferences.

“Michael and Virginia understand that the priorities and resources of the College’s career initiatives will evolve over time, and they have created a funding mechanism to accommodate programs and ideas beyond their present scope,” says Mark Peltz, Daniel and Patricia Jipp Finkelman Dean of Careers, Life, and Service.

“Ginny and I both share a deep passion for supporting career, service, and life ambitions of Grinnell students, for furthering the international experience of students, and for supporting students with demonstrated financial need,” says Michael Kahn. “We also think it is important to strengthen and expand the College’s reputation among, and relationships with, employers in the for-profit, nonprofit, and government sectors.”

Michael and Virginia Kahn met while students at Grinnell and have maintained a lifelong affinity for the College, serving it in many ways. In 2015, Michael was elected to the Grinnell College Board of Trustees. As he has done throughout his career at TIAA in New York City, Kahn annually hosts as many as three student interns in various positions and locations throughout TIAA. Several of those internships led to full-time employment with TIAA following students’ graduation from Grinnell.