This past spring, I and 14 fellow first-year students enrolled in a semester-long course of a lifetime. Origins of Liberal Education marked one of two pilot courses* in what I hope will become a long line of Global Learning Program (GLP) tutorials. The GLP tutorials aim to connect first-year students to the global community through the fusion of a semester-long class and course-embedded travel experiences. The program was made possible by the generous support of Trustee Susan Holden McCurry ’71 and the Roland and Ruby Holden Foundation.

Through our travels, we experienced the topic of our course firsthand. Suddenly, the concepts we discussed in class, which addressed how liberal education has shaped cultural, political, religious, and economic life, became tangible objects and experiences.

Our travels began during Grinnell’s spring break, when we abandoned our cozy classroom and headed across the Atlantic, straight to the cobbled streets of Rome. For two weeks, we scoured the limits of Spain and Italy, frequenting museums, architectural wonders, and historical sites — not to mention the occasional gelato stand (or two).

In Padua, Italy, we stood on the ground level of the world’s first anatomical theatre, where live dissections were once taught, and reclined in the same sala magna where Galileo Galilei once hosted his astronomy lectures. In Florence, we gazed up at the smooth curvatures of Michelangelo’s “David” and gazed down at the city’s skyline from the top of Brunelleschi’s perfect Duomo, the Cathedral of Santa Maria del Fiore.

The second portion of our travels spilled over into the first week and a half of summer vacation. Our class ventured to Mexico City, where we toured the remains of Teotihuacan, an ancient Mesoamerican city, and reveled in the beauty of Frida Kahlo’s studio at La Casa Azul.

With each new city and each new adventure, we saw a different part of our course come to life. At the University of Padua, we saw how the tenets of the liberal arts shaped the growth of one of Europe’s oldest universities. At the top of the Duomo, we observed how Brunelleschi’s interdisciplinary approach to architecture influenced his innovative design. And, from the steps of the Pyramid of the Sun in Teotihuacan, we witnessed the role education played in the development of one of Mexico’s oldest cities.

As a class, we were fueled by genuine excitement — an excitement that only grew stronger with each new experience and each new academic connection. 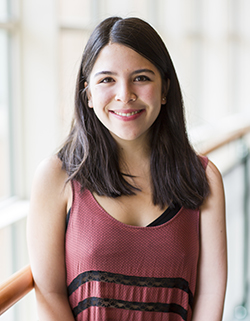 Even today, long after I unpacked my suitcase and stored away my passport, I still feel a genuine, reverberating excitement. The Global Learning Program tutorial has shifted the way I view my education at Grinnell. It has made me consider the impact of ancient histories and foreign cultures. It has made me question the roots of my own experience. And, above all else, it has made me undeniably excited for my next three years at Grinnell.