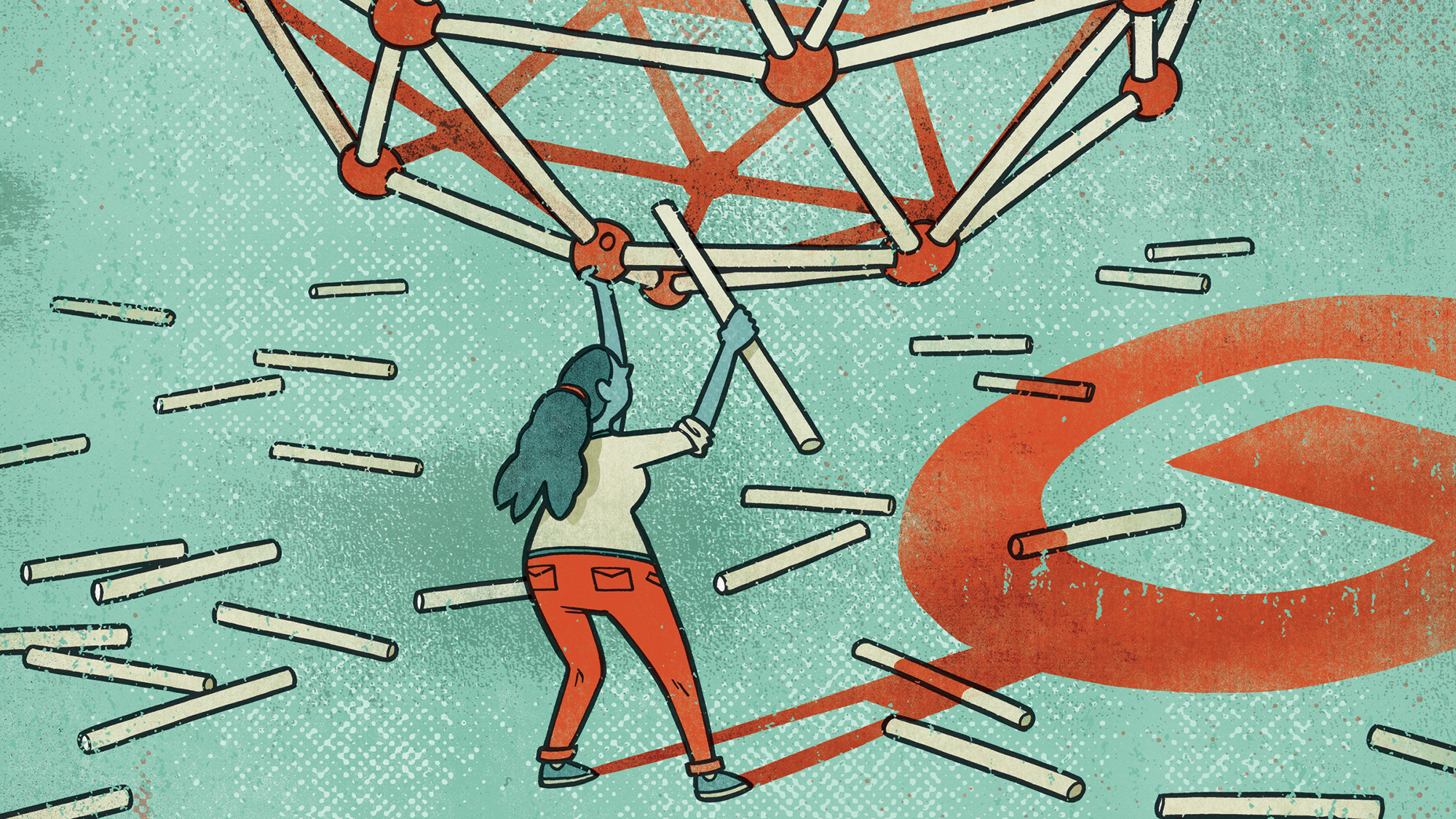 Grinnellians have always had an entrepreneurial streak. J.B. Grinnell himself founded a church in New York and the town of Grinnell. (He also dreamed up “Grinnell University,” though the college that stands today sprang to life from Iowa College’s relocation.) Robert Noyce ’49 famously co-founded Intel, Nordahl Brue ’67 was the brains behind Bruegger’s Bagels, and Lucia McMillan Cleveland ’74 launched The Spice Hunter.

Today, young Grinnellians are as ambitious as their predecessors, building companies they hope will change the world — or at least their corner of it. In the stories that follow, we share the big visions, the tough failures, and the grit that it takes to build a business from the ground up.

1. Start: From side gig to solopreneur 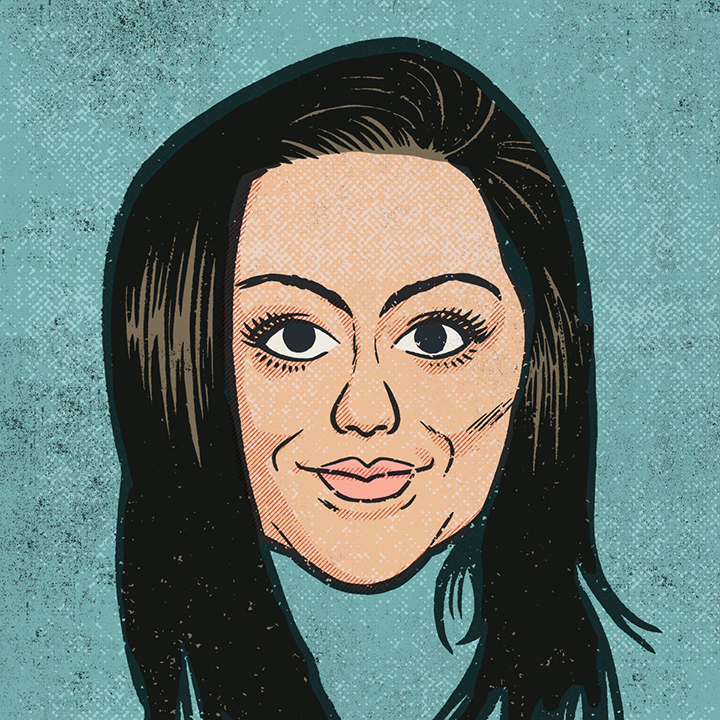 As a student, Natz Soberanes ’13 seemed perfectly positioned to line up her dream job as counselor or a therapist. She majored in sociology. She was a great listener, and she was deeply empathetic.

But when a fellow Grinnellian introduced her to WordPress website software during her senior year, she quickly discovered both her talent and affinity for technology. That summer, Alexia Brue ’95 hired Soberanes to intern at the health website that Brue had co-founded, Well + Good. And in 2014, Soberanes’ aunt recommended her to a friend who needed a new website to promote her fledgling coaching business.

Soon, through word of mouth, Soberanes had built a full-time business in a unique niche: women, often moms, who wanted a website to promote a new or growing business. It turned out that all those skills Soberanes had been burnishing to pursue a career in counseling helped her stand out in a crowded field of web designers. “A lot of my work is being able to empathize with others and understand where they’re coming from,” she says. “For example, a lot of women I was working with were nervous — they weren’t sure they had value to add because they were ‘just’ moms. But I’ve been able to connect with them and help them.”

While most business owners don’t think of their web designer as helpful coach, Soberanes does double duty in ways her clients love: She digs deep into their lives, learns about their priorities and passions, and translates those conversations into websites that truly represent her clients’ businesses and work.

Still, she admits it hasn’t always been easy to run her own business. Her top-notch reviews ensure she always has a steady stream of clients (she has a perfect rating from more than 70 clients who have reviewed her on the hiring website PeoplePerHour), but the financial headaches are often just as constant. “Just because you send an invoice doesn’t mean that it’ll get paid,” she says. “Plus, unlike people who get a regular paycheck, I’m not guaranteed to make a certain amount on a certain day.”

That said, she’s thrilled with what she’s built so far. The business gives her the flexibility to travel — she splits her time between Mexico, Texas, and California. And today, she does work for women running businesses in construction and architecture, yoga and massage, and photography and fashion. They’re a diverse set of industries, but Soberanes brings their projects and larger business missions to life through their sites. “When you’re having long phone calls with clients where you talk about everything in their lives, not just ‘This is what I need on my site,’ you get to know the human aspect of them, and that helps the work,” she says.

2. Scale: Creating a company with millions of raving fans 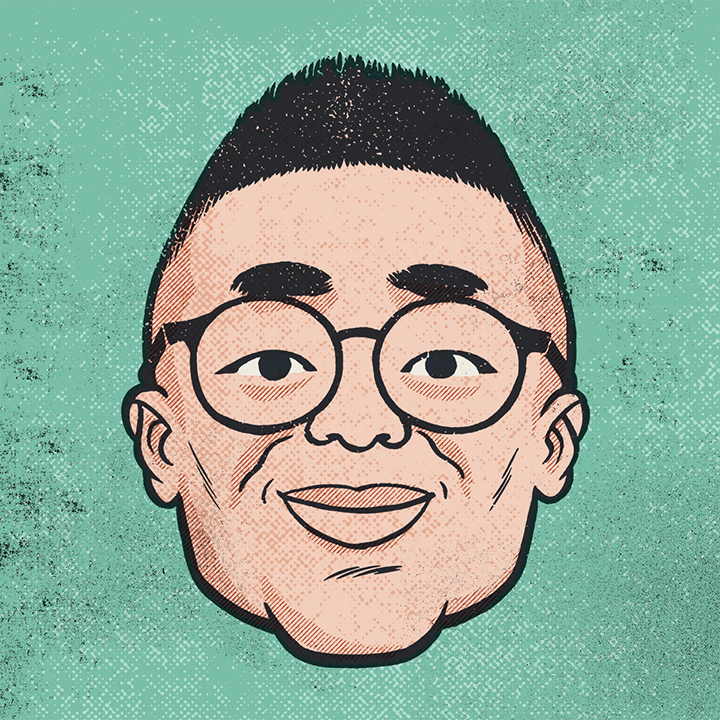 Jason Chen ’07 had never considered himself particularly lucky in love when he was growing up in Shanghai. He’d had plenty of crushes on girls — but they were always unrequited. By the time he arrived in Grinnell, he worried he might never be in a relationship.

But Chen wasn’t content to feel sorry for himself. He took action in perhaps the most Grinnell way possible — by making a beeline to Burling. He devoured materials on evolutionary psychology, sociology, and anthropology. He carefully observed the way that men and women communicated with each other. He planned to unlock the code to love.

Over time, and in his own way, he did. He found his first love at Grinnell — and experienced his first breakup. The deeper he dug into the complexity of emotions and relationships, the more he realized that the simplistic view he had once had of attraction and love was wrongheaded. “I realized that love isn’t about looks, height, or money, as I had previously believed,” he says. “It was about things like values, responsibility, empathy, and boundaries.”

He carried those ideas with him when he returned to Shanghai after graduation, and eventually, he wrote a post about it on an online message board called BBS, a Chinese version of Reddit. The post covered topics including confidence, self-esteem, and dating, specifically for men. And users were bowled over. Men started emailing Chen by the dozens, asking for his best advice. Soon, dozens of advice-seekers had turned into hundreds.

After sending out countless emails, Chen started seeing a bigger opportunity. He channeled that initial reader interest into a regular email newsletter, then an ebook.

Chen credits an analytical approach — one he honed at Grinnell — as a secret to success. In a course about the presidency taught by Barbara Trish, professor of political science, Chen learned how to use quantitative and qualitative analysis to study State of the Union addresses. He closely analyzed the words they used, the frequency with which they used them, and the context that surrounded them to tease out important patterns and deeper meaning. He used that technique early on as he studied what his readers, viewers, and customers were most interested in, and it helped guide what he shared with his audience next.

Over time, he built a real business, MSW Media. He spent years developing top-notch material about dating and social skills. He built a website and a payment system. He worked with specialists who could help him protect his copyrighted material and thwart digital thieves, who are particularly rampant in China.

Today, Chen’s company has 13 employees, an online talk show with 4 million subscribers, and information products and courses on topics including confidence and masculinity.

Chen says that part of his success stems from pairing the lessons he learned from his studies at Grinnell to his deep knowledge of Chinese culture, whose values can look far different from American culture. “In China, it’s very common for parents to tell their children — in middle school, high school, and even college — that they should only be studying and not ‘waste’ their time in relationships,” he says. “A lot of these ‘good kids’ who listened to their parents then lack this kind of experience when they finally do have to interact in a dating situation.” By the time these same young men have graduated from college, their parents are urging them to marry, and that urgency often leads to disastrous attempts at romance and relationships.

As Chen looks ahead, he sees an even bigger market to pursue. “Steve Jobs always talked about following customers’ needs and that customers sometimes don’t know what they want until you put it in front of them,” he says. “Our next step is to teach people to go beyond dating and relationships, into how to be a better man, a better person. It will link up with Chinese philosophy, like Confucius and Taoism. I want to teach people about the inner game.”

3. Sell: Building a company worth buying 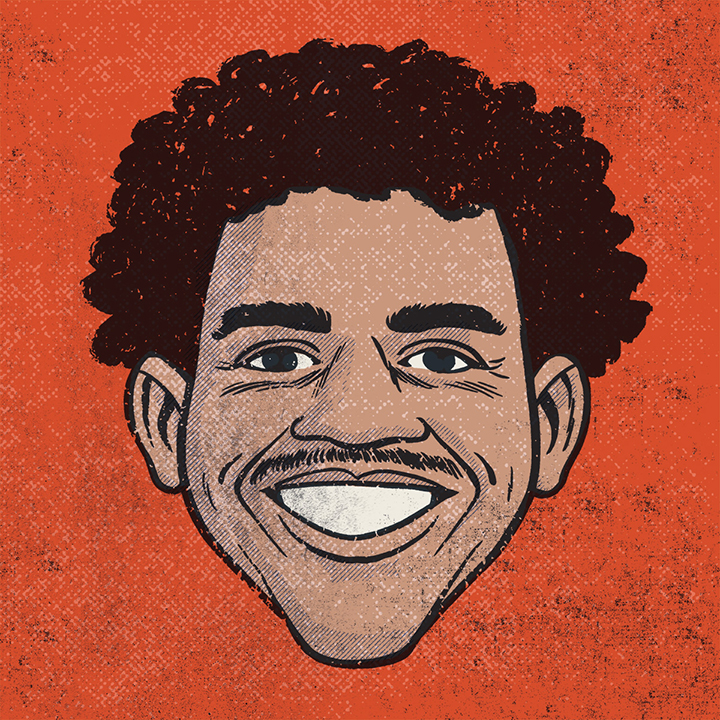 When Marcus Eagan ’12 was 12, he started taking apart all the computers in his house so he could understand what made them work. His mom, understandably, was furious. His dad was more sanguine. “Neat,” he told his son. “Now put them back together.”

While the scraps for most of the machines remain in his parents’ Detroit home, Eagan did succeed in reassembling one of the computers. That was enough to persuade his parents to put him in programming courses. By high school, Eagan was making serious cash on the side fixing websites.

By the time he landed at Grinnell as a transfer student (he loved its link to Intel co-founder Robert Noyce), he was deep into the tech weeds. While there, he co-founded Freenet, which became the Free Network Foundation — an organization that supported a community to build, maintain, and own a share of the global computer network — after Eagan left Grinnell.

After bouncing around in an array of tech and writing jobs after graduation, Eagan landed at a consulting firm that did work with Target. He happened to be deeply embedded with the Target team when the company’s headline-making security breach occurred in 2013. While Eagan wasn’t working on anything related to the swiped data, he did have an insider’s view of what was happening. “Their HVAC system was networked, and it was on the same network as the payment processors,” he says. “Once that [HVAC system] got hacked, the payment processor was able to get skimmed,” he says.

It got him wondering about his own security. He’d just bought a Dropcam, a Nest, and an Xbox — all internet-connected tech that could theoretically be jam-packed with devastating viruses. But how would he even know? He felt confident that he could help solve the problem.

That led him to launch Nodal Security, a company that was focused on building a tool to help consumers discover whether their devices had been hacked. He landed a Stanford engineer as a co-founder and, with the help of some grant funding, a modest angel investment, and venture capital, built a small team that was working doggedly on the security device.

He quickly found that the startup life was comprised of almost endless fundraising and external skepticism. “This kind of work is already very hard and very stressful, and I had to endure a lot of racism,” he says, noting that he had to contend with people explicitly telling him that his white co-founder would be a better CEO than he was, even though his co-founder wasn’t interested in that job.

Eventually, while raising the third round of seed funding, he met up with Paul Judge, an angel investor and cofounder of Luma, a home wi-fi company. Judge immediately saw promise in Eagan’s idea and the company’s work, but instead of offering Eagan a check to help fund its growth, he offered to buy it on the spot. Within weeks, the deal had closed. Though the deal didn’t make Eagan a billionaire, it did give him some financial breathing room. (He did splurge on a few things, including a feast with friends and floor seats with a pal at a Celtics game.) As part of the acquisition, Eagan agreed to work as director of the Internet of Things (IoT) security for Luma.

Eagan left Luma last year and is currently dreaming up his next big entrepreneurial move. He deeply admires the approach of Elon Musk, who takes on multiple “moonshot” projects at a time, and he’s especially eager to tackle both climate change and computer security. As he looks ahead, he’s eager to bring the best and brightest with him. “A great idea isn’t one that’s only in your head,” he says. “Don’t hold good ideas inside. Share them.”