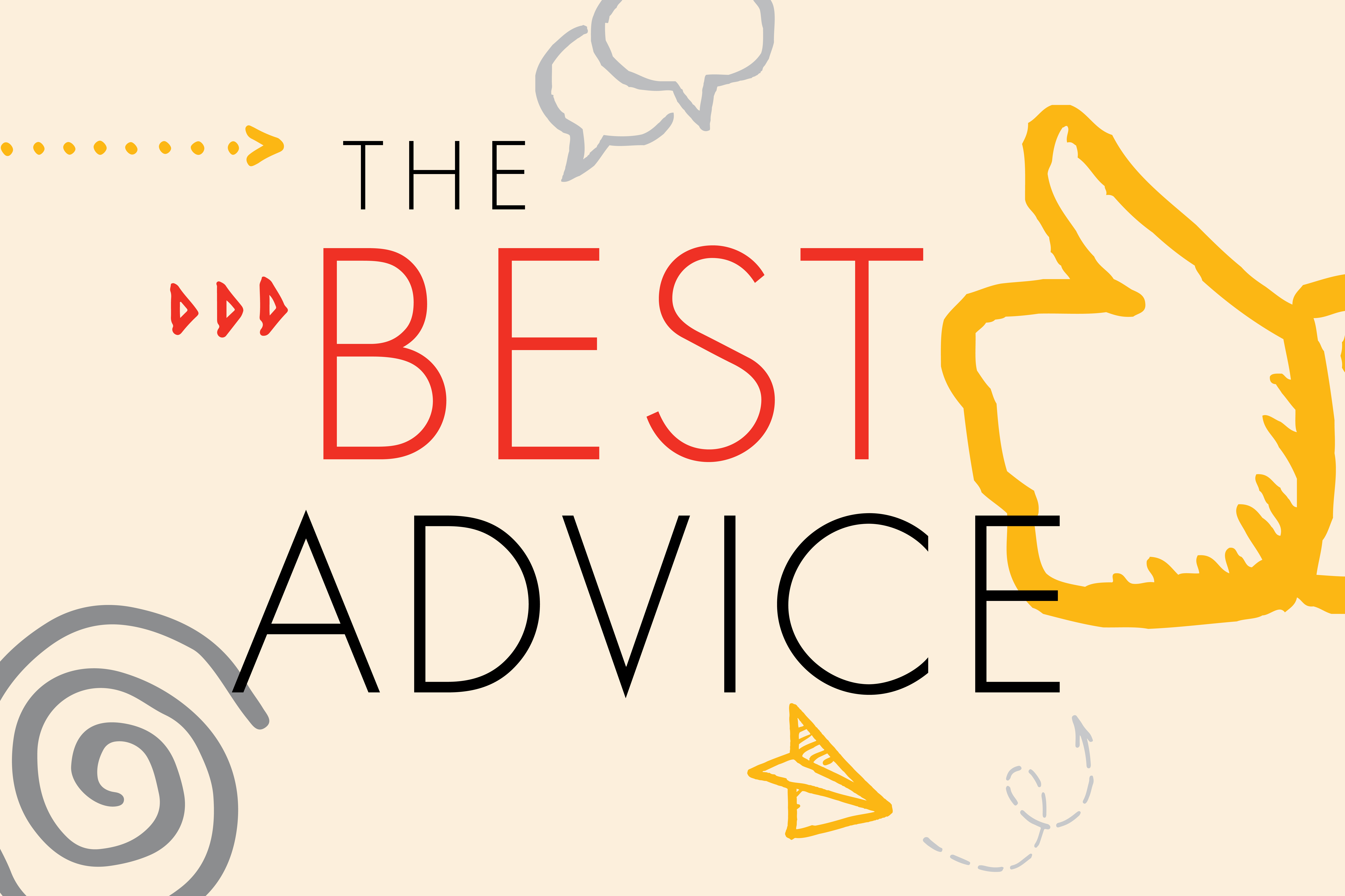 Have you benefited from a Grinnellian’s wise words at just the right time? While faculty advising is intrinsic to a Grinnell education, it’s clear that the advice Grinnellians give and receive goes far beyond choosing classes and a major.

I still have a couple of letters from James Kissane ’52, English professor emeritus, from 2002, four years after I graduated. His replies to my messages about deciding to go to graduate school, in his distinctive bucolic and self-deprecating style, encouraged the pursuit of intellectual curiosity without guaranteed outcomes.

At that time, he was working on several writing projects; and though he did not know whether they would be published (Google tells me they were!), he described how satisfying and fulfilling the work was.

His words have new relevance for me. I’m working on a couple of writing projects. Though I have publication goals, I have no idea whether I’ll publish these or even finish them. In letting go of the goals, I can be fulfilled by the pursuit.

Almost twenty years later, his advice is still wise, still applicable. What moves me most is that this favorite venerable professor took time to write me after I left Grinnell.
Amy Goldmacher ‘96

Say It with Confidence

Elizabeth Dobbs in our Chaucer seminar, when we were learning to pronounce Middle English and we’d gotten the basics but were still struggling to apply them, suggested this: “If you’re not sure, just say it with confidence, and everyone else will think they had it wrong.”

As someone terrified to make a mistake in public, especially around words, around pronunciation, that resonated with me and has become a core part of how I approach situations in which I am uncertain.

In a Russian class taught by John Mohan, he told us that his favorite Russian word was something like “sredadehnraviolirvaht,” basically a verb meaning “To eat ravioli on Wednesdays.” I dutifully tried to figure out how to spell it as I wrote it in my notes. I remember that John paused, watched us all scribbling, then said something like, “Friends, I was just joking. But seriously just because someone is a professor or seems more educated than you are, don’t just take them at their word. Have faith that you are all smart folks.”

I’ve thought about that moment a lot in my life.

I was in office hours with Professor Arnold Adelberg, showing him where I got stuck on page 7 of a proof in Linear Algebra.

I apply that observation all the time. Am I writing 150 lines of code to implement a session timer? Come on. Did it really take an hour to explain Occam’s razor? No. This is a normal dinner at home, why is it taking three hours to make? And so on.

If the effort of a solution seems really disproportionate to the problem, you probably picked the wrong solution.

Show What You Know

My first-semester political science class was the first time I had a huge exam that would count for like a third or half my grade (my high school didn’t do that), and I was totally freaking out about it.

Professor Keith Fitzgerald told me something that has framed so much of my communication in my adult life. He asked, “You’ve been reading all semester, right? And you understand the material, right? It seems so, since you participate in class. I’m going to ask you some questions. Your goal is to tell me what you’ve learned. Ideally, you’ll make your information sound like it’s answering my question, but mostly you need to show me you’re learning.”

This framed how I approached all the rest of my exams at Grinnell and then law school. And perhaps even more importantly, it’s how I frame all media interactions (and when I train people in media or public speaking). It’s always about telling what you know and making people think you’re answering their questions.

I was at McNally’s, in the wine aisle with a friend, debating which to select. From behind, in an unmistakable voice, we hear, “Just buy the biggest one!”

It was Sheila Wilder from Cowles dining hall.

During finals week of my senior year, a member of the Board of Trustees, Nord Brue ’67, held a lunch and invited a few economics majors to join him. Nord talked about his career working for big corporations and being an entrepreneur. To paraphrase his advice: If you are part of driving the profits of an enterprise, you will always have a job; if you’re part of overhead, you will be susceptible to being laid off when things inevitably get bad. Having grown up in a household where layoffs happened frequently, this hit home.

My dad was at his favorite lunch counter in Chicago, and the conversation turned to football. He mentioned to the man next to him that his son was planning to go to a small college — Ripon, in part, so he could play football. The man replied that Ripon was a fine school, but Grinnell, where he had gone, was a great school, and recommended that I look into it.

The context was that I wanted to read Rainer Maria Rilke in German and didn’t have room in my schedule for the classes. He had to repeat himself before I realized he was telling me I didn’t NEED a frickin’ class to learn anything I wanted to learn. Formal education is not meant to funnel or constrain our curiosity.

Confession: I haven’t learned much German, and I haven’t read Rilke in it. Yet. But I wing free of formal structures with jubilation. And I remember it’s up to me to apply myself.

Ilse Leitinger, sociology professor at Grinnell College in the early ’80s, was a lively lecturer.

I attended more than one class with her. One of her focuses in sociology was other cultures. To this day, I continue to be interested in different cultures, particularly in world music. During the summer of 1982, I was a guest in her house, met her daughter, Christine, and ex-husband.

Ilse shared some of her story: as a young woman, she survived World War II while living in Berlin, which was very heavily bombed.

First semester, first year, Kelly Herold had us practice our numbers in Russian by asking us to recite our phone numbers. When people were struggling, she laughed and said, “Just pretend I’m a guy at a party who you don’t actually want to give your real number to. Just make up a number!”

I totally made up numbers when I was hit on after college.

“You are your own best advocate.” From Victoria Brown after I’d waited a bit
too long outside her office.

Camarin Bailey Madigan ’00 told me to “enjoy every phase” when I got engaged. It was fun to be dating, it was fun to be engaged, it is fun to be married — but enjoy each one for what it is. It’s still solid advice that I share with other newly engaged folks and remember as my life and family enter into new stages.

Have your own good advice story? Let us know by emailing us.