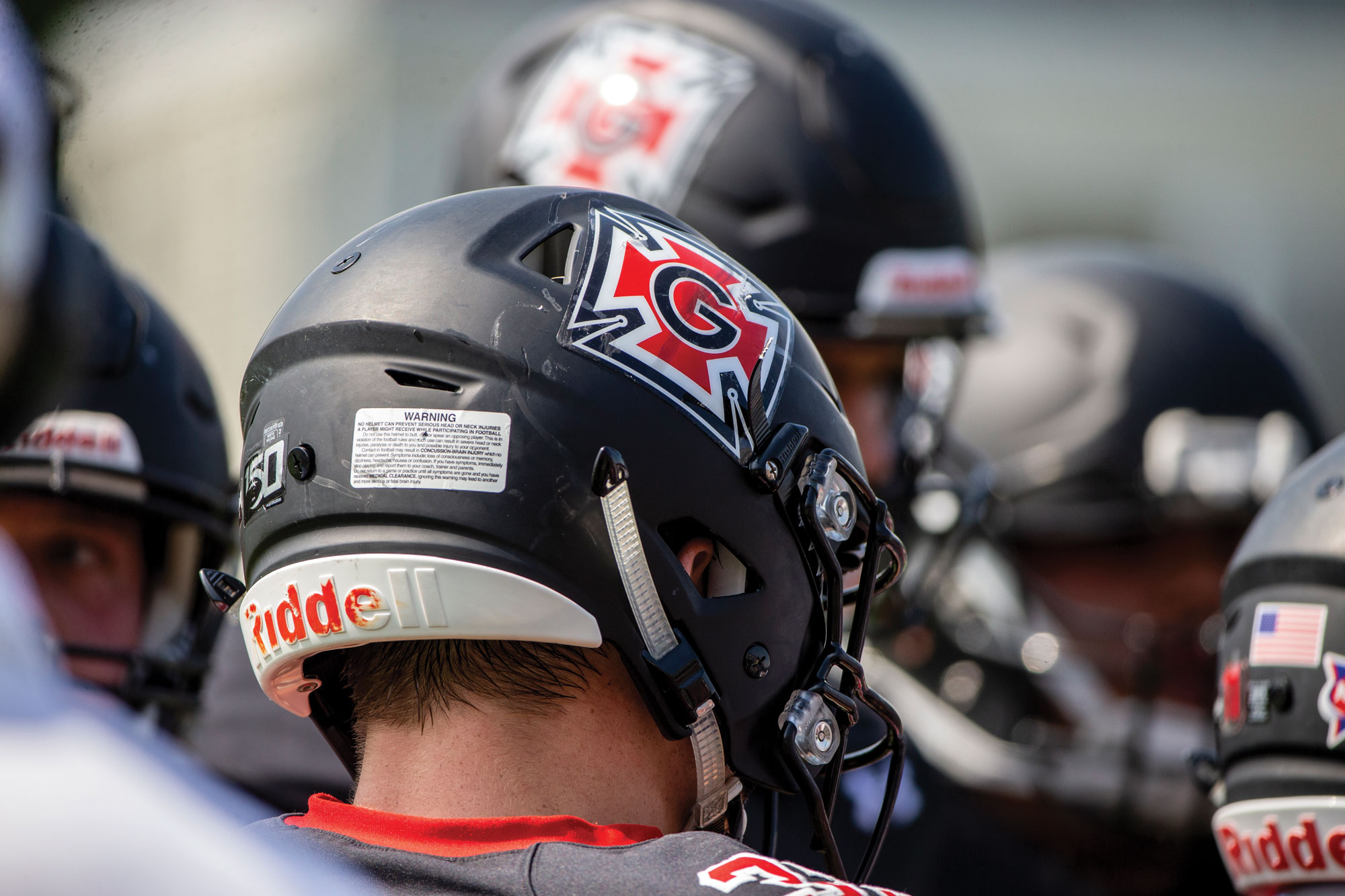 In October, Grinnell College withdrew its football team from competitive play, forfeiting the rest of the season, to protect the health and safety of the student-athletes.

For several years, President Raynard S. Kington and Andy Hamilton ’85, director of athletics and recreation, have been actively evaluating the team’s health and following national trends related to football safety. The decision last fall came as a result of a great deal of scrutiny, including an epidemiological report on team members’ injuries, Hamilton says.

While discussions were happening in the administration, the team was having its own discussions. After the third game of the season, the student-athletes held a team meeting and voted not to finish the season. Too many players were injured. It wouldn’t be safe to continue.

When Hamilton took over the director’s position in 2016, he recognized that Grinnell’s approach to football staffing wouldn’t allow the team to have enough players and have a competitive football program. Within his first year, the administration moved to enhance staffing; another round of enhancements occurred in 2019, both supported by alumni giving.

“We made significant changes again to our staffing in fall 2019 after canceling the season,” Hamilton says. “These changes will allow us to have a larger squad and a safer opportunity for football at Grinnell.” Both the president and Anne Harris, dean of the College, support the changes.

At the end of December, Hamilton announced the hiring of a new head coach, Brent Barnes. “He has experience that touches on most every area of football coaching, which is unusual,” Hamilton says. “He’s very professional, very bright. He showed an ability to relate to a wide variety of people in our department and on campus. He’ll be a good ambassador.”

Barnes started work on recruiting new players the day he signed his paperwork.