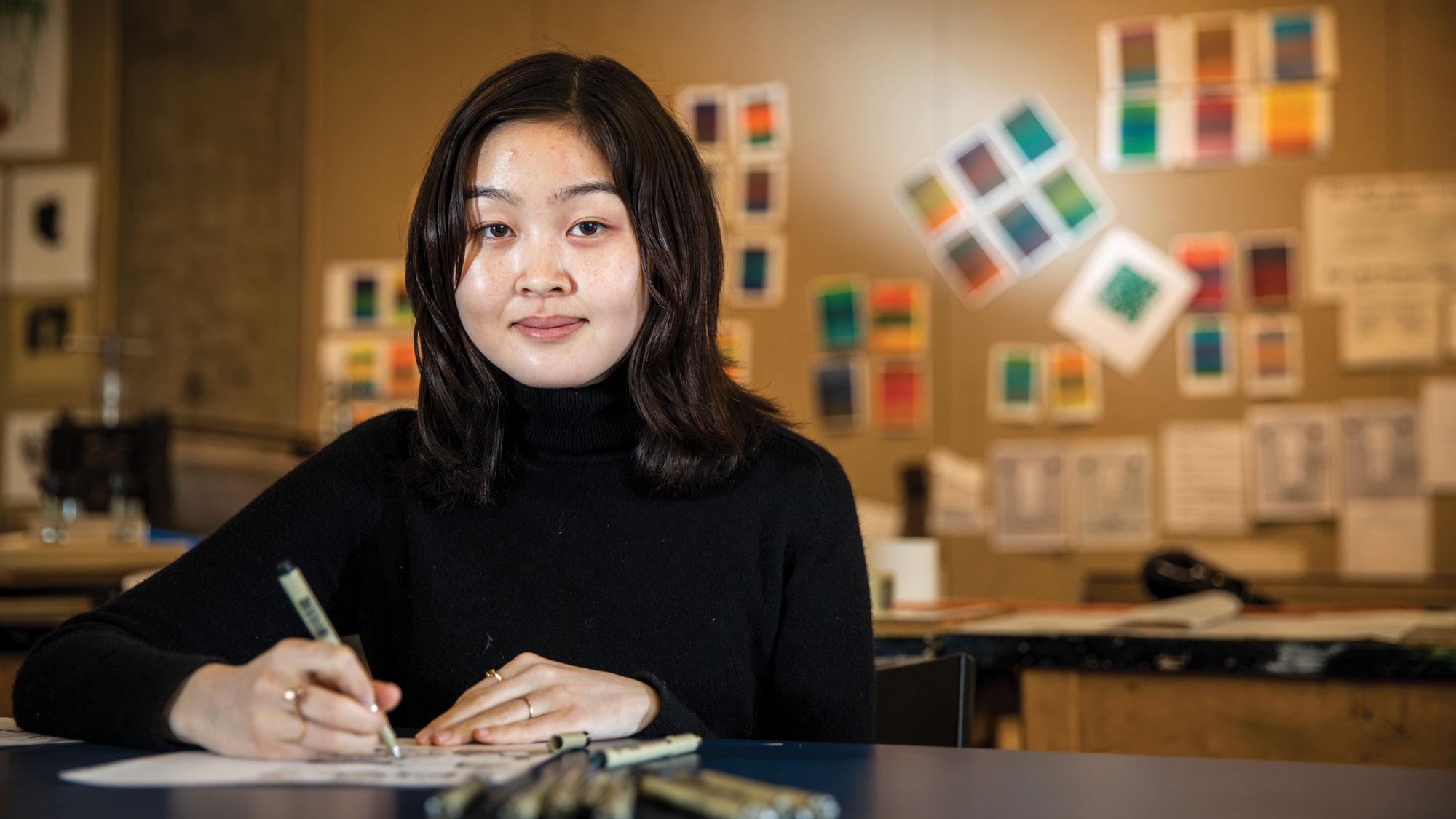 In her search for an interesting research topic related to Asian American history, Sam Nakahira ’19 found her attention snagged by one compelling detail. “The first frost-resistant orange was hybridized by a Chinese American farmer in Florida,” she says. She was instantly intrigued, “because that really isn't part of the narrative of what we think of American agriculture.”

Nakahira discovered that although Asian Americans have made significant contributions to American agriculture, they haven’t really been recognized for their accomplishments. Since most research had been done on the period before World War II, she decided to focus on Japanese American farmers and food retailers in California from the 1970s to the present.

Her research project was the culmination of her Mellon Mays Undergraduate Fellowship (MMUF). As a second-year student, Nakahira was invited to participate in the MMUF program at Grinnell (see related story, Page 16). A major part of the program is for each fellow to conduct a significant research project under the mentorship of a faculty member. Nakahira, who is fifth-generation Japanese American, chose Sarah Purcell ’92, L.F. Parker Professor of History, as her Mellon adviser (see related story, Page 22).

In addition to being an excellent history student, Nakahira is a skilled illustrator. Turning her research paper into a comic was a natural next step.

She decided to focus on one case study from her research, Bill Fujimoto, a Berkeley food retailer. “He was the first person to source Alice Waters, who is a chef at Chez Panisse,” Nakahira says. “People credit her for sparking California cuisine during the 1970s and through that, impacting local farm to table movements.”

In the comic, Nakahira asks herself and the reader questions about Japanese culture and its influence on Bill Fujimoto. She doesn’t explicitly answer the questions, instead guiding the reader to see her point, “but not forcing it over them,” she says.

Incorporating Japanese culture in her comic, especially the Japanese work ethic, also helped Nakahira see herself differently. “I gained more pride in my heritage and background,” she says. By sharing her own quest for learning, she thinks it adds resonance for her readers and makes them more invested.

“I think that direction was really helpful in creating this story,” Nakahira says. “It was suggested by my adviser, Professor Jeremy Chen.” Chen is a member of the studio art faculty and specializes in printmaking, drawing, and sculpture.

The two worked together throughout the 2018–19 school year (a two-credit independent study in the fall and a Mentored Advanced Project in the spring). During the fall semester, Nakahira created the story, and in the spring, she experimented with different art techniques.

Last fall she began a master of fine arts program at the Center for Cartoon Studies in Vermont. See her illustrations at her website. She’s considering going on for a doctorate in American studies. Whatever she does, her hard work at Grinnell has prepared her quite nicely.