Andy Hamilton ’85 will become the College’s next director of athletics and recreation, effective July 1. He served as interim director during the 2015–16 school year. 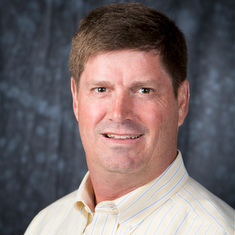 Hamilton, who also serves as an associate professor of physical education and head coach of both the men’s and women’s tennis teams, will succeed Greg Wallace, who was on sabbatical this year.

“Andy Hamilton’s deep understanding of Division III athletics, record as a coach, excellence in the classroom, and commitment to the student-athlete ideal make him particularly well suited to this role,” says Michael E. Latham, vice president for academic affairs and dean of the College. “I am very confident he will provide excellent leadership for Grinnell athletics and the department of physical education.”

Wallace joined the College 28 years ago and had been athletics director since 2007, men’s golf coach for 15 years, and head football coach for 20 years. He is moving to senior faculty status, focusing on recruiting student-athletes.