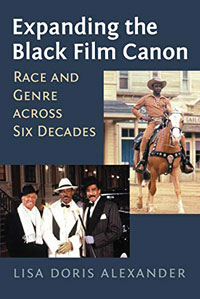 When critics and scholars write about films from the blaxploitation movement — such as Cotton Comes to Harlem, Shaft, Superfly, and Cleopatra Jones — they emphasize their importance as films made for black audiences. Consequently, Lisa Alexander ’97 points out, a film like the highly popular, Oscar-nominated Blazing Saddles — co-starring and co-written by Richard Pryor — is generally left out of the discussion because it doesn’t fit the profile of what a black film of the period should be. This is the kind of categorical thinking that Alexander seeks to broaden in Expanding the Black Film Canon: Race and Genre Across Six Decades (University Press of Kansas, 2019).