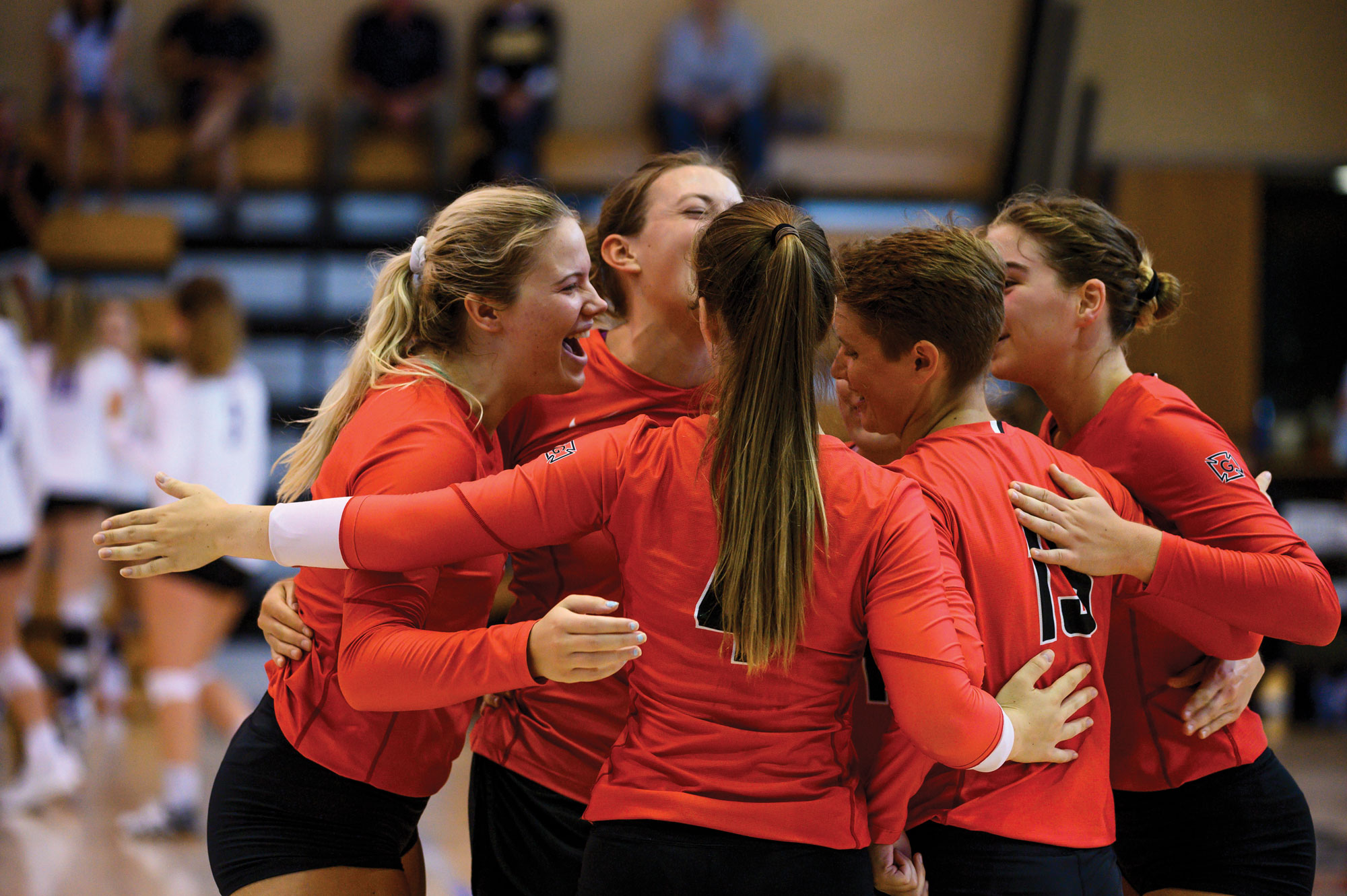 Grinnell volleyball team is calm, confident, and committed to each other
Denton Ketels

Followers of Grinnell volleyball are already aware that the 2019 season was a record-smashing tour de force — the best in the program’s 46-year history.

The campaign was topped off by a first-ever trip to the NCAA Division III national tournament after winning a Midwest Conference title gained in the Pioneers’ first championship playoff match.

Icing on the season’s cake included three victories over the MWC’s perennial goliath Cornell College, ending the Rams’ domination over the Pioneers dating back to 1996 and nixing Cornell’s 44-game conference winning streak.

Grinnell’s 26-5 season may have ended at the hands of eventual final-four powerhouse Carthage College, but by then it was clear that the Pioneers' run was anything but a one-off. Rather, it was yet another intentional step forward for a process-oriented program of learning, commitment, and hard work.

“After three seasons, we’ve gotten just a little bit better every year with every practice and every match,” says Eric Ragan ’12, who assumed head coaching duties in 2017. “It really has been growth for our women coming into the gym every single day and working hard to get better knowing that the process — and letting it rip every single match — is going to lead to outcomes we want.”

Kaylin Kuhn ’21, Grinnell co-captain and first-team all-Midwest Conference outside hitter, explains, “We do things a little bit differently than I have ever done with any other team. We do more game situations — not just repetitive drills, but tough, complicated situations at every point in our practices, which makes us more prepared in games.” 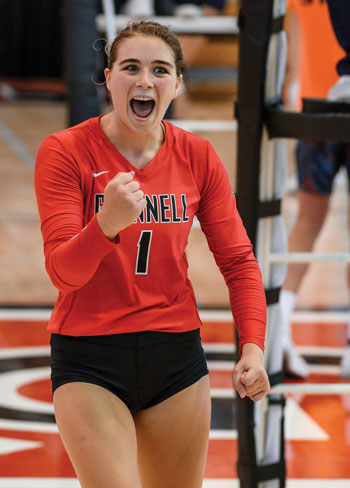 Team culture meetings and workshops aimed at developing a competitive mindset “have made us better volleyball players, better teammates, and raised morale and enjoyment of the game,” adds Kuhn, who owns school records in multiple categories including kills per set both in a season (4.78) and in a career (4.16).

“One thing that strikes me is how level-headed we are,” Kuhn says of her team. “If we get down in a set, we know that all we have to do is change our mindset a little bit. We aren’t worried at all. This team’s never flustered. We’re very committed to each other, to ourselves, and to being successful.”

“When I came back last summer, the biggest difference that I noticed was this sense of calm and composure in their play and a lot of confidence that hadn’t been there consistently before,” Labasan says. “I think so much of that has to do with the groundwork that’s been laid in the practice gym over the last three years.”

“They’re this big, scary, amazing team with a reputation of being unbeatable,” Roth says. “We played so cleanly that game. We didn’t let the fact that they were wearing Cornell jerseys affect how we played at all. We stayed really calm and collected.

“We had worked so hard in preseason working on our culture as a team, and I think that was like a moment in which it all seemed to pay off.”

Success breeds enthusiasm, and Ragan credits the entire Grinnell volleyball community for upping its support. “Our recruiting has changed in the last three years from us chasing talent to talent finding us,” Ragan says.

“We’re building something special here, and that’s because the women who are in the program are being authentic with what this is and living it,” Ragan says. “It’s fun to see how recruits love spending time with our team and how this group of women is attracting some incredible future Grinnellians.”

“Another cool piece of this is how much alumni and community support we’ve had in this growth,” Ragan says. “Our women see how big of a deal this is for our community and our program. They know they’re playing for more people than just the 15 women on the roster.”

Roth affirms that Grinnell volleyball is “unlike any sports experience she’s ever had.” She says the environment of confidence and trust created by coaches and teammates has allowed her to thrive.

“When you trust in yourself, in your teammates, and in the process — in life and in volleyball — you can get the outcome,” Roth says. “I feel like there’s really no limit to how far we can go.”