The east side of Alumni Recitation Hall (ARH, originally opened in 1916) and Carnegie Hall (opened in 1905 as the College library and used since the 1950s for classrooms and offices) are being enclosed by a new structure. In this photo from the front of the Noyce Science Center, the top of ARH can be seen next to the pillar supporting the crane. The completed complex consisting of the new construction and remodeled ARH and Carnegie will be known as the Humanities and Social Studies Center (HSSC). 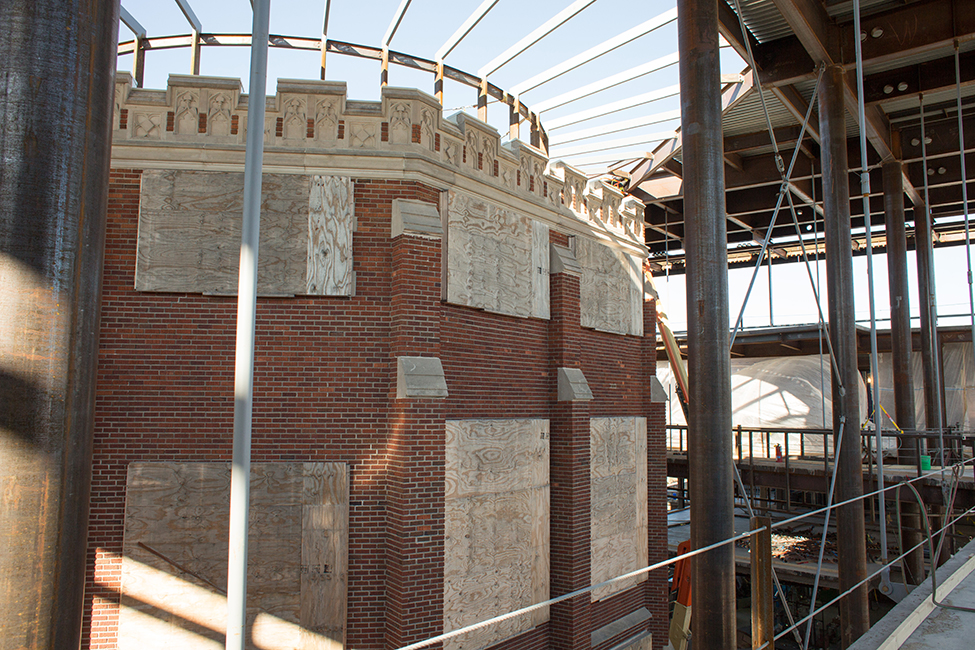 Exterior of the upper levels of the two-story lecture hall inside ARH.

North wing of the HSSC seen from inside what will become the glass atrium.

See updates and project overviews on our Construction Central webpage.