At the Faulconer Gallery Spring 2017

Robert Hodierne ’68 was a 21-year-old freelancer when he made his first trip to Vietnam in 1966, leaving Grinnell on a one-way ticket at the end of his third year. He returned in 1969 as a soldier assigned to Pacific Stars and Stripes in Saigon, where he spent another 14 months. During those two tours, he photographed combat in every corner of the country. His Vietnam photographs, many unpublished, reflect Hodierne’s concern for the ordinary soldier, many of them his own age when he was there. Hodierne has had a distinguished career as a photojournalist, photographing other conflicts around the world. He teaches in the Department of Journalism, University of Richmond, Va.

The exhibition was organized by the University of Richmond Museums and co-curated by Richard Waller, executive director, University Museums, in collaboration with Hodierne. 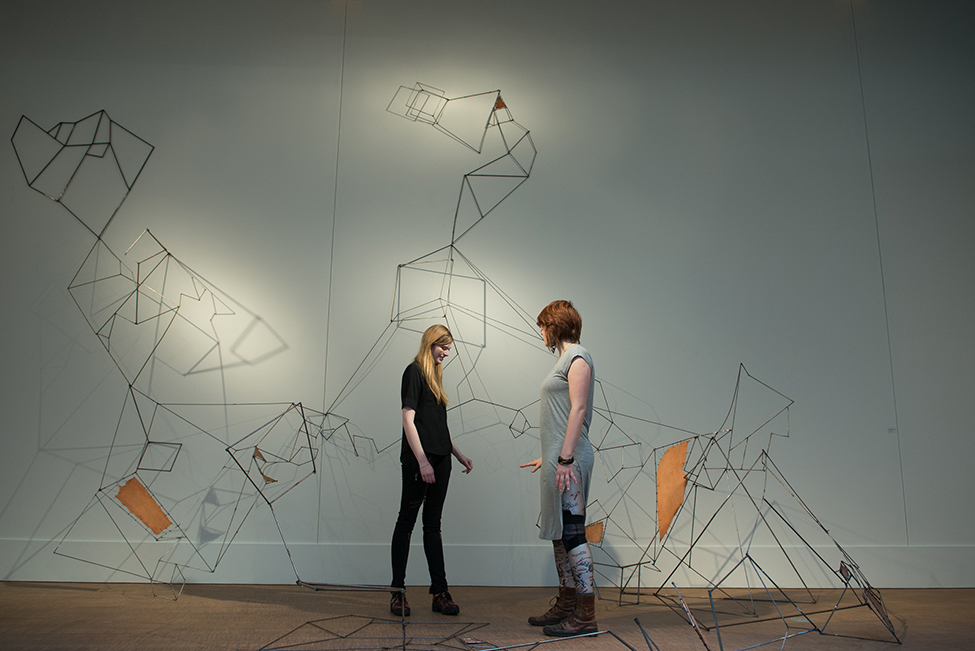 Image from 2016 Bachelor of Arts Exhibition.

April 7–May 7, 2017
BAX (Bachelor of Arts Exhibition) features work by third- and fourth-year art students — those majoring in art as well as students in other majors who work intensively in studio. With support from the Faulconer Gallery staff, students manage all the exhibition details, from the submission of proposals, to the selection of a juror, to the installation and awarding of prizes.