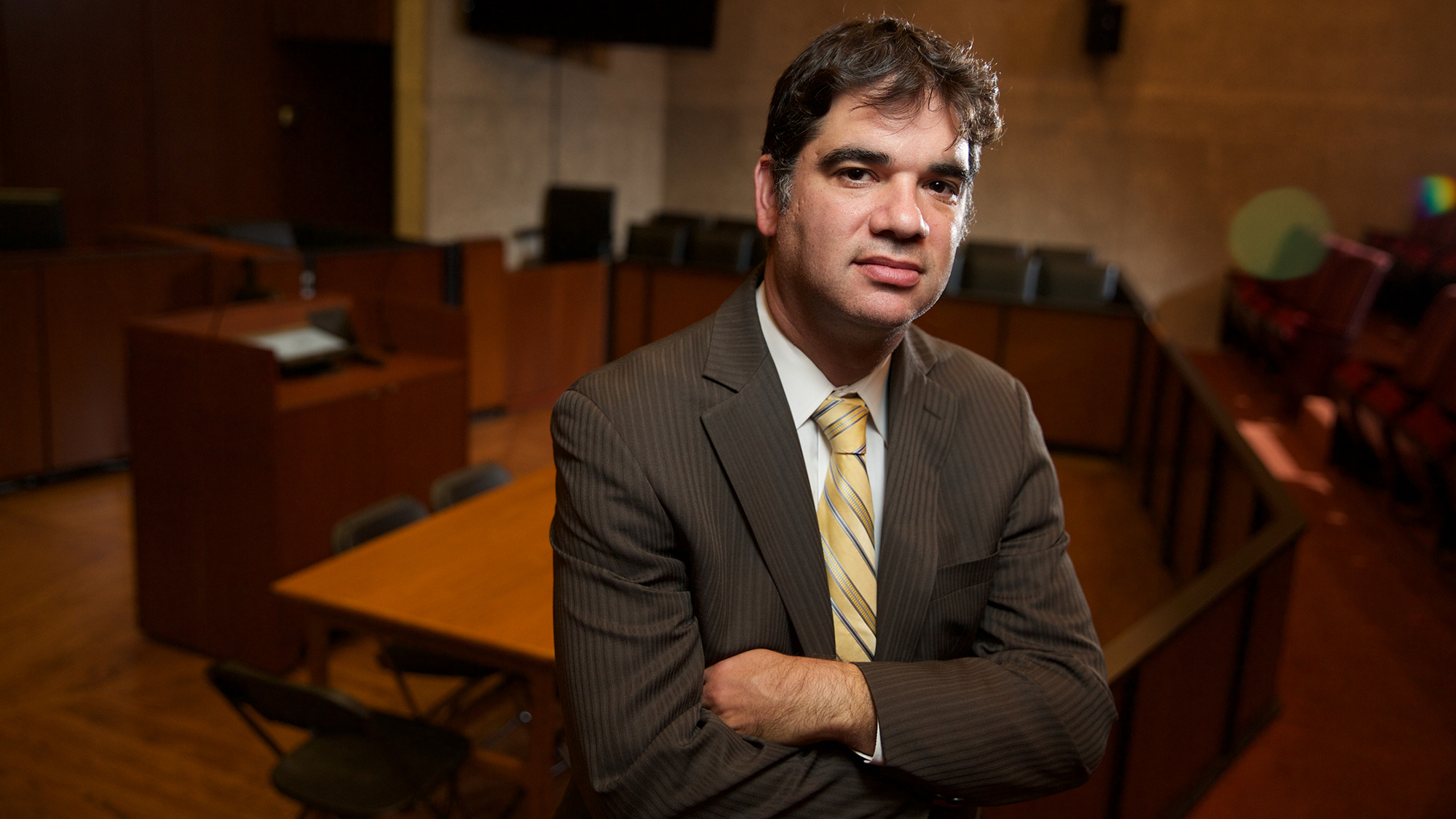 Fighting Injustice One Wrongful Conviction at a Time

A woman is raped and murdered in a notorious neighborhood on the south side of Chicago. The police arrest four African-American teens who assert their innocence. But, hours after grueling police interrogation, each signs a confession.

Even though pretrial evidence supported their claims of innocence at the time, the boys known as the Englewood Four were convicted and sentenced to 30–40 years in prison.

Why do innocent teens confess to crimes they didn’t commit? Why do police and prosecutors use their collective power to incarcerate the innocent?

“It’s an enormous problem,” says Joshua Tepfer ’97, a full-time attorney for the Exoneration Project and lecturer at the University of Chicago Law School, where the project is based. “Chicago is the epicenter of criminal injustice.”

Tepfer, who gave a 2015 TEDx talk in Grinnell about false confessions, has helped to overturn more than a dozen wrongful convictions — including that of Terrill Swift, one of the Englewood Four.

“Josh is an amazing lawyer to work with at the Exoneration Project,” says Elizabeth Wang, a national staff attorney with the project. “He is smart, committed, and passionate about his clients. We worked together on the exoneration of two clients, Ben Baker and his partner, Clarissa Glenn; and Josh’s fresh ideas, great writing, and strategic thinking about the case are what made the exoneration happen.”

In addition to Tepfer’s legal prowess, he has raised public awareness about false confessions and the flawed criminal justice system through interviews with The New York Times and 60 Minutes. He also appeared in court scenes on episode 10 of the Netflix documentary Making a Murderer, which chronicled the murder cases of Steven Avery and Brendan Dassey. At the time, Tepfer joined with former colleagues Laura Nirider and Steve Drizin as Dassey’s post-conviction attorneys.

The United States imprisons more people than any other country. More than 2.2 million people — an increase of 500 percent over the last 40 years — are incarcerated in U.S. prisons and jails due to changes in laws and policy, not crime rates, according to The Sentencing Project. Racial and socioeconomic disparities persist throughout the criminal justice system, according to the nonprofit organization which promotes sentencing reforms.

“To paraphrase the great Bryan Stevenson [American lawyer and founder of the Equal Justice Initiative], the criminal justice system treats you more fairly if you are white, rich, and guilty than if you’re poor, black, and innocent,” says Tepfer, a former assistant clinical professor at Northwestern University School of Law and co-director of its Center on Wrongful Convictions of Youth.

Sometimes a particular case will pique Tepfer’s interest. He also receives referrals and fields requests from inmate advocates. He reviews forensic evidence and police misconduct to see if there is a way to reopen the case.

“Ultimately I look at two things,” Tepfer says. “Do I think they’re innocent? And is there a path to proving it?”

Tepfer has also trained law enforcement investigators across the country about the dangers of using adult interview tactics on youths who are unable to comprehend the consequences that confessions will have on their lives.

According to the center, false confessions account for nearly 25 percent of all convictions later overturned based on DNA evidence. Tepfer says police also taint the process and prosecutors rely too heavily upon “faulty evidence” to gain convictions.

Swift told The New York Times in 2011 that he confessed out of “terror and exhaustion” after being questioned for hours by the police, who said he could go home if he signed a confession or risk spending his life in prison.

“Nothing short of a complete overhaul will solve this problem,” says Tepfer, who received a Grinnell Alumni Award in 2013.

Swift’s case affected Tepfer. Both men are about the same age. Swift is from the city; Tepfer hails from suburban Chicago.

Swift was paroled after serving about 15 years of a 30-year sentence. Tepfer, and lawyers for the others in the Englewood case, sought advanced DNA testing that ultimately cleared them. The semen found in the victim matched a later convicted killer the police once questioned but dismissed as a suspect. A judge vacated their convictions. Although the Cook County state’s attorney initially balked at relying on additional DNA evidence, the office yielded and then dismissed all charges. Swift and his co-defendants received Certificates of Innocence, and the case is listed on the National Registry of Exonerations.

“We had to litigate every step of the way,” Tepfer says. “It showed me how difficult it is to undo these convictions.”