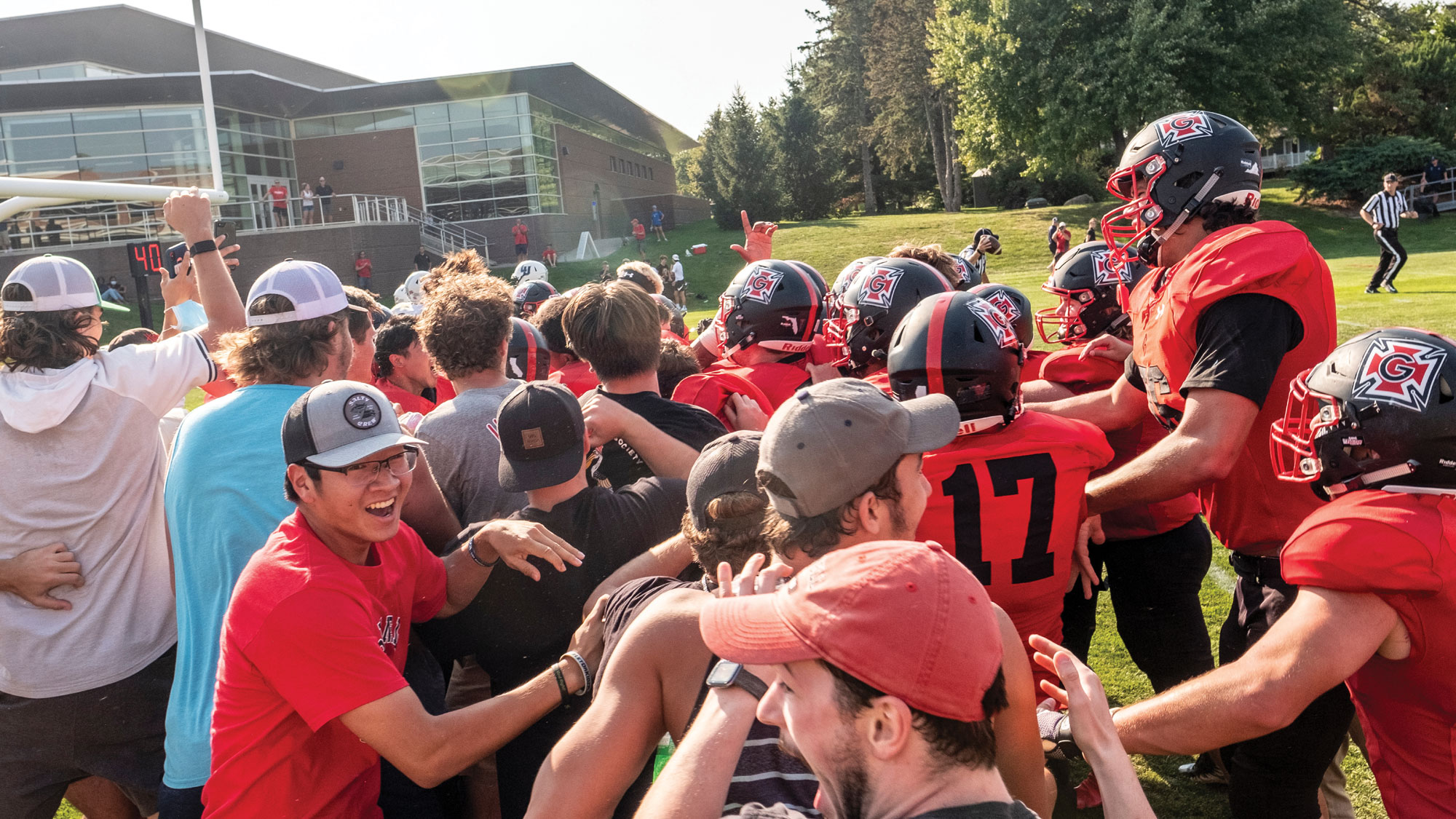 How student-athletes’ sense of community and team culture was challenged and changed by the pandemic shutdown and restart of varsity competition.
Vishva Nalamalapu ’20, photos by Justin Hayworth 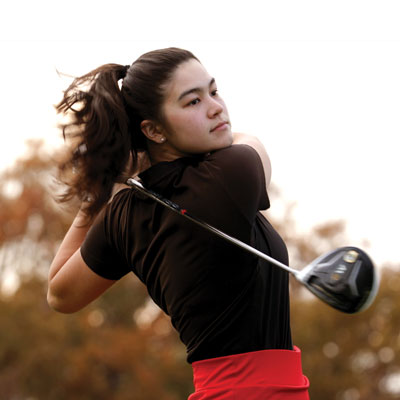 In the spring of 2020, the Charles Benson Bear ’39 Recreation and Athletic Center was silent. There were no clangs of weights hitting the fitness center floor, no music booming from the locker rooms, and no thud of footsteps on the track. The College had canceled spring seasons because of the pandemic. The NCAA and Midwest Conference took their own protective measures. Eventually, fall 2020 seasons were canceled as well. Some athletes were able to return for spring 2021 seasons, but those were by no means typical seasons. “It just kept getting pushed back and back,” remembers Danny Carter ’21 (football).

During the remote year, Nat Jordan ’21 (football) says, “I remember daydreaming almost every day about the first day being back at practice.” That day finally came in fall 2021. Fog was in the air, and dew was on the freshly cut grass. Jordan arrived at Rosenbloom Field early, sat down, and “took it all in and really thought about what we’d been through and what it meant to finally get back on the field.” Athletes had been through a lot. They had changed during their time apart, and their approach to athletics had changed with them.

Getting by, Making Do 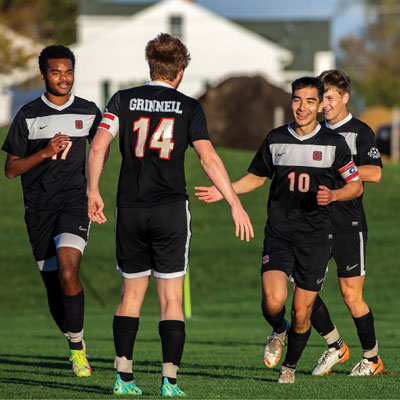 Even without most of the elements that make athletics what they are, student-athletes and coaches persisted during the 2020–21 academic year. Brian Jaworski, head men’s soccer and golf coach, remembers thinking, “We only get one chance to respond to this.” So, athletes trained the best they could with what they had available. “At one point I had a crowbar and tires on each end, and I was doing overhead presses in the driveway,” says Jordan.

Much of athletes’ training, however, requires physically being with their teammates. “Talking can only do so much, especially in a sport that’s reliant on cooperation at a physical level,” says Payton Lowrey ’22 (volleyball). Teams did train together through video calls, but Kate Tomczik ’22 (basketball) says it did not compare: “You’re all just in your bedroom on carpet doing abs, not anything related to basketball because you can’t dribble and do all of that on a Zoom call.” Remote athletics did not have what Andy Hamilton ’85, director of athletics and recreation, calls the “wholeness” of in-person athletics. 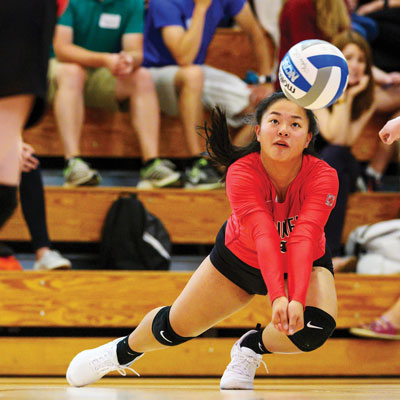 In the fall of 2021, students were back on campus and athletic programs were much like they were before the pandemic. Below the surface, however, much had changed. To start, many athletes had more energy than ever. “People were elated to come back together,” Hamilton says. When the basketball season began, Dave Arseneault Jr. ’09, head men’s basketball and women’s golf coach, remembers asking himself, “Was there always this much energy?” There was always a lot of energy, but a year of remote athletics meant there was even more stored up. “It gave me a good perspective. When I was back, I appreciated it a lot. I was really excited to be there,” says Nina Kouchi ’22 (golf).

“Having something that you love taken away for so long makes you more grateful for … the people that make this possible for us.”

Despite the excitement, the return to sports is presenting some unique challenges. Athletes who last participated as second-years are now team leaders, without having the time they normally have to develop their leadership skills. “Leaving campus as a second-year and coming back as a fourth-year basketball leader was incredibly difficult,” Tomczik says. And, rather than teams incorporating one class of new college athletes, half of most teams had never participated at the college level.

With so many athletes new to the team, team cultures had to be redefined. Even the athletes who were not new to the team had changed since they were last together. Lowrey says defining team culture “was something that was really important but was also really difficult because we ourselves didn’t even understand how we had changed as people.” Athletes worked to define their team cultures, and they discovered those cultures were noticeably different from before.

Cultures of Gratitude, Empathy, and Community 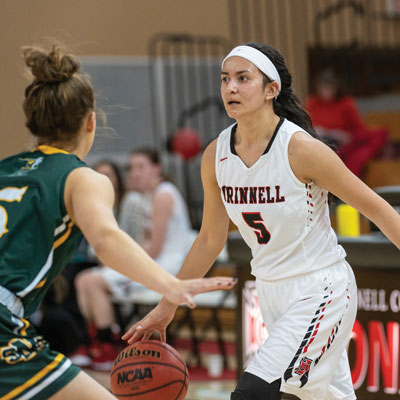 Having experienced life without it, many athletes were more grateful for athletics. “I learned to appreciate how fun it is to be in a competitive, hardworking environment with a large, diverse group of people working toward this same goal,” says Jasper Yang ’21 (soccer). That feeling extended to all the parts that make athletics whole. “Having something that you love taken away for so long makes you more grateful for … the people that make this possible for us,” says Jordan. That gratitude fueled some athletes to give even more, to work even harder. “There was a special excitement and a realization not to take it for granted, and I think that helped us ultimately,” Yang says.

There was also more of a shift toward empathy this year. “Every one of us at Grinnell probably experienced some sort of loss because of COVID,” Hamilton says. And especially knowing those losses all looked different, he explains, “empathy needed to be the force this fall.”

That meant students having more empathy toward each other but also being kinder to themselves. Many athletes were more open about how they were doing mentally and what they needed because they had to confront those questions during the pandemic, Lowrey explains.

For Kouchi, that meant putting less pressure on her performance. “I think it helps to go in thinking that I really want to do my best, but if that doesn’t happen, we’ve all been in a pandemic; that’s completely understandable too,” she says. That perspective helped her relax and actually contributed to her success. 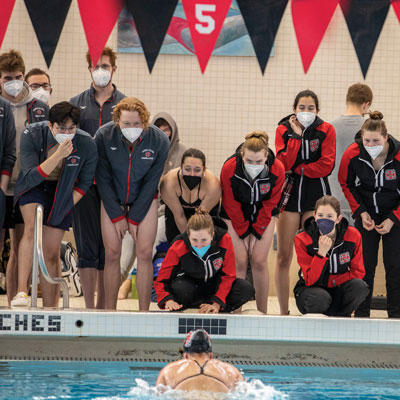 Many student-athletes also discovered their relationships and sense of community were the most valuable parts of sports for them. “I don’t think I really realized that until it was taken away from me,” says Carter. “I found myself missing my friends and teammates and those interactions with coaches and working toward a common goal more than I did actually being on the field,” he continues.

Jaworski saw this play out in what team members prioritized. “They elevated the team beyond themselves,” he says. Arseneault observed a similar trend. “The atmosphere during our practices this year, the support, the camaraderie, it has been spectacular,” he says. A perfect example of this was how seniors on the women’s basketball team who would not participate in another season still worked to maintain team connections. “They didn’t have to stick around, but it speaks to the bond that women’s basketball has and their need and want to help the next class improve,” says Sofia Ahooja ’22 (basketball).

“The atmosphere during our practices this year, the support, the camaraderie, it has been spectacular.” 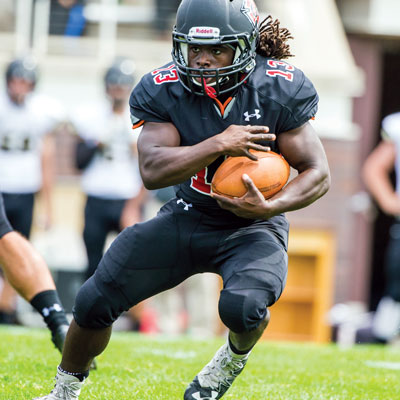 Though this academic year has been a big improvement over the last, the seasons have still felt uncertain for athletes. “We were nervous for the majority of the season that one [COVID-19] case could happen, there would be an outbreak, and then all of a sudden our season would be over,” Yang says.

The uncertainty has been difficult, but athletes are doing their part to reduce the likelihood of transmission. “There’s no question about following the protocols; they’re doing it,” says Hamilton.

With the possibility of their seasons having to change at any time, athletes are savoring each moment. Jaworksi reflects on his team’s season: “They realized that soccer could be taken away from them at any moment, and they didn’t take any day for granted.”

To an outside observer, the Bear Center now looks and feels much like it did before the pandemic. To athletes, however, the sunsets through the fitness center windows are more vibrant, the concession lounge couch cozier, and each moment together more precious.