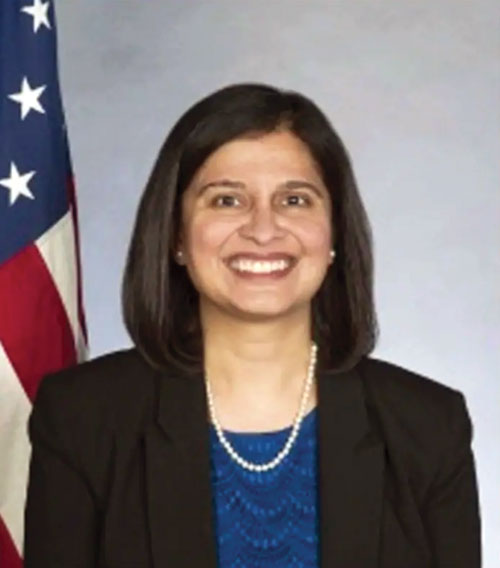 When Mala Adiga ’93 was a law student at the University of Chicago, she was taught by Barack Obama.

It would not be the last time Adiga crossed paths with a future president of the United States. In November Adiga was appointed by then President-elect Joe Biden to be policy director for Jill Biden. Adiga previously served as a senior adviser to Jill Biden and was a senior policy adviser for Biden’s 2020 campaign.

Adiga, whose family emigrated from India’s state of Karnataka, graduated from Grinnell College with a degree in Spanish language and literature. She later worked for a Chicago law firm and clerked for U.S. District Court Judge Philip Simon before joining Obama’s campaign in 2008. She went on to hold several positions in the Obama administration, including deputy assistant secretary of state for academic programs in the Bureau of Educational and Cultural Affairs and chief of staff and senior adviser to the ambassador-at-large in the State Department’s Office of Global Women’s Issues.