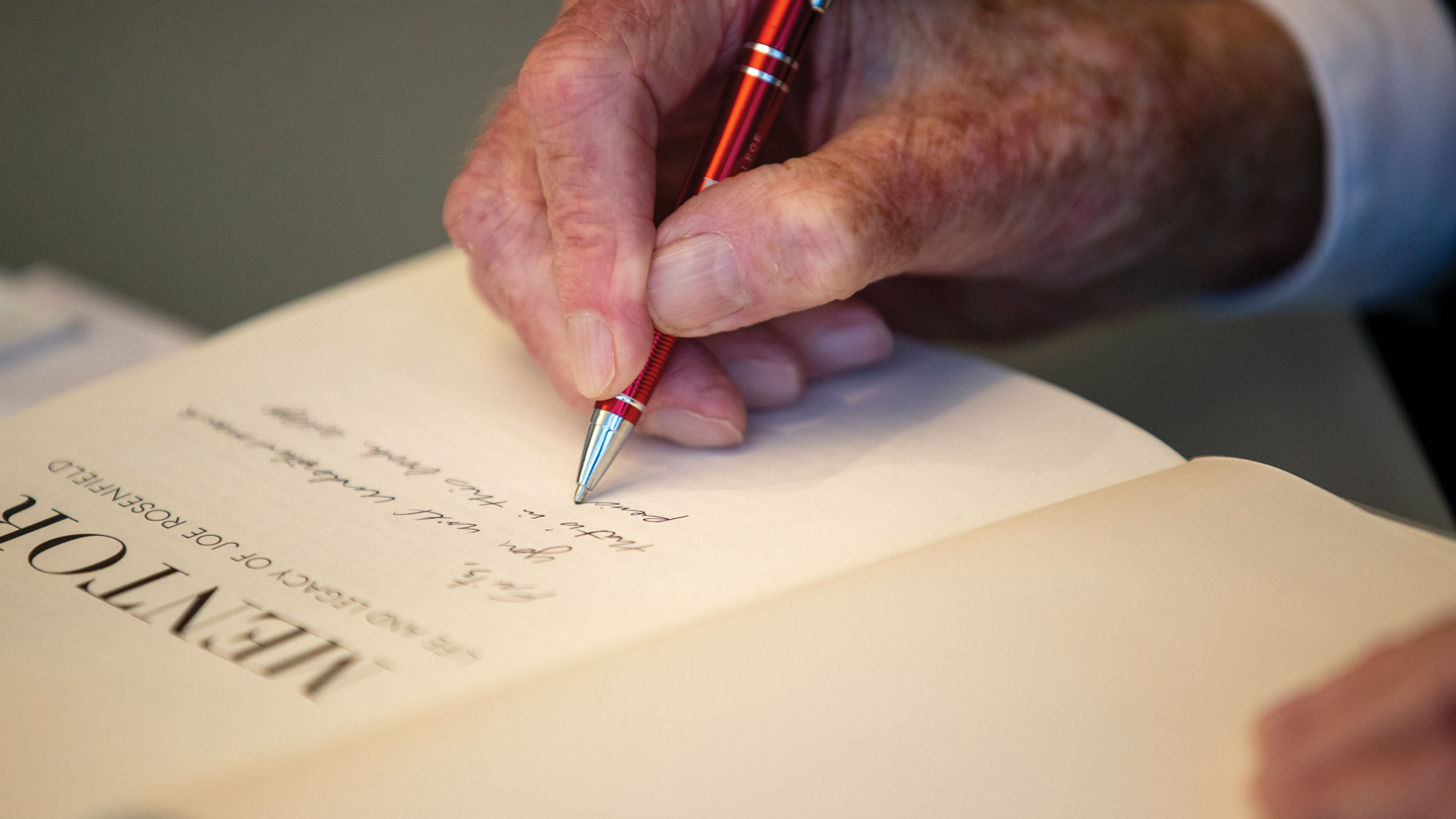 A glimpse into his wide-ranging influence
George Drake ’56 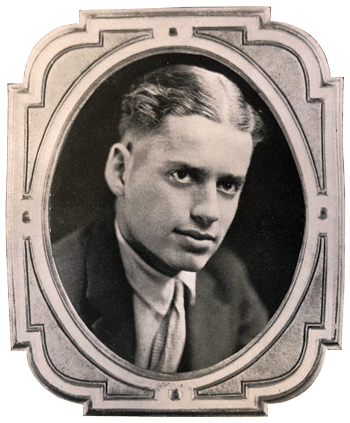 Joe [Rosenfield ’25] was an instinctive mentor, a tendency that was intensified by the tragic death of his only child, Jim. Joe frequently reached out to young men and women of promise. One of his mentees, Fred Little [’53], said that Joe “really relied on his intuition. He really, really trusted his intuition; some cases to his detriment, but in most cases [not]. I mean, Joe would meet with somebody, would find out a little bit about him and make a decision [about whether] this person was someone he wanted to help or not.” Fred said he didn’t think Joe was a lawyer at heart; “a lawyer would never act like that; he would want to see papers and check on people.” 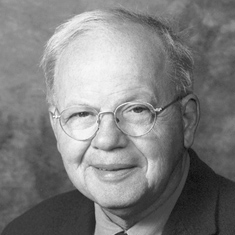 Joe mentored Fred from when he was a child, so Fred was in a good position to judge this quality. Fred’s father, a 1916 Grinnell graduate and chair of the [Grinnell College] Board of Trustees in the early 1940s, was Joe’s close friend; in a Des Moines elevator conversation, he asked Joe if he would like to be a Grinnell trustee. Joe’s positive response led to his 59-year tenure as Grinnell’s greatest trustee. When Fred was 10, his father died tragically, and Joe stepped in as a mentor and surrogate father. Joe had continuous contact with Fred and on several occasions took him to Chicago for Cubs baseball games. Looking back on a time when Fred seemed “lost,” he believed Joe’s support was critical and that his mentoring was sustained into Fred’s legal career. … In 1976, Fred became a Grinnell trustee through Joe’s urging and influence, and later, when he considered resigning, all Joe needed to do was remind Fred of how he himself had become a trustee through Fred’s father’s influence. Ultimately Fred, like his father, served as chair of the trustees and testified that his devotion to Grinnell was a “mirror of Joe’s devotion.” 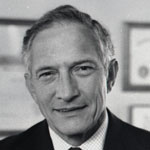 Another mentoring connection centering on the College was Joe’s connection to Bob Noyce, a 1949 graduate who invented the integrated circuit on a silicon chip and founded Intel Corp. Joe, himself, was the best source of information about their relationship:

“I have a particular feeling for Bob, who first came to Grinnell not as a trustee [but as a student]. … I remember almost the first time I ever saw Bob, I was just highly impressed with his intelligence and pride. It occurred to me, here is the kind of guy we would like to have on the board. … I talked to a couple of other trustees about it; they got acquainted with Bob; over a period of time we got him on the board and he proved to be better than we thought he would be. …”

In the same 1998 interview, Joe reflected on the role he and the College played in the founding of Intel:

“One thing we did, several of us urged Bob to leave the company he was with (Fairchild) and go into business for himself. And Sam Rosenthal, a fellow trustee, and I took it upon ourselves to tell Bob that we would raise money or put up the money to help start the company. And he said, ‘We’re working on it. Someday we’ll do it.’ I remember one [trustee] meeting, he came to me and said, ‘Well, we’re ready to launch a new company and if you fellows are interested, we would like you as part of the group,’ which he was allowed to do. And that was a great thing for the College. We didn’t know how great; it could have been greater if we’d have kept our stock a lot longer.”

Joe further explained that he, Sam Rosenthal, and the College invested a total of $300,000, one-tenth of the Intel startup, eventually selling the Intel stock for $16 million, a remarkable profit; but the College would have been much better off had it kept the stock instead of following Bob Noyce’s urging that the College not have the bulk of its endowment subject to the fortunes of his company. … 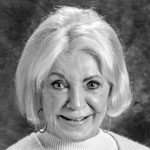 Joe also reached out to young women who showed promise. He tried to convince Connie Wimer to run for the Des Moines City Council when she was in her thirties. She says at that time she never would have thought of running for office: “So, I look back and think what in the world did he see in me that he thought I could do that? I think he saw a passion on issues in me.” Only one woman had served on the City Council at that time (1964). Of course, Connie went on to become one of Des Moines’ most significant leaders and the founder and CEO of Business Publications Corp. [and a Grinnell College trustee in 2014]. 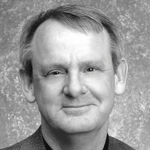 David Clay served Grinnell College as treasurer for over a decade, and in his later years Joe and the trustees trusted him to become overall manager of the College’s endowment. Clay provides an intimate look into how Joe mentored young people who showed promise. Joe was, in Clay’s words, “a real mentor to me.” For example, when Joe was working on the transition of the portfolio as he anticipated his death, he made David feel that he, David, was the decision maker. David says Joe helped him as a young man to grow over the years into the treasurer Joe thought he could be. Often, Joe would call him asking, “Anybody given us any money today?” Dave would respond, “Well, no,” and Joe’s retort would be, “Okay, maybe we better figure out how to make some money today.” Joe would “bird-dog” the budget, and when there was an end-of-year shortfall, he would step in to make up the difference. When David began in the job, if Joe disagreed with him, he would advise David to “think a little longer,” and he knew that he had missed something. Regarding negotiations on behalf of the College, Joe advised, “Don’t take their last nickel; we want to be partners on this project. Both sides need to be satisfied to do a job well.”

David “had never met anyone in an organization you could put that much faith in,” and the board of trustees understood this as well. This was the very core of Joe’s influence on David Clay and all others with whom Joe interacted. Typical of his focus on others rather than himself, in 1999, a year before his death, Joe participated in the planning for management of the College’s investments when he would be gone. This was, in a sense, Joe’s final step in mentoring the College he loved so deeply. 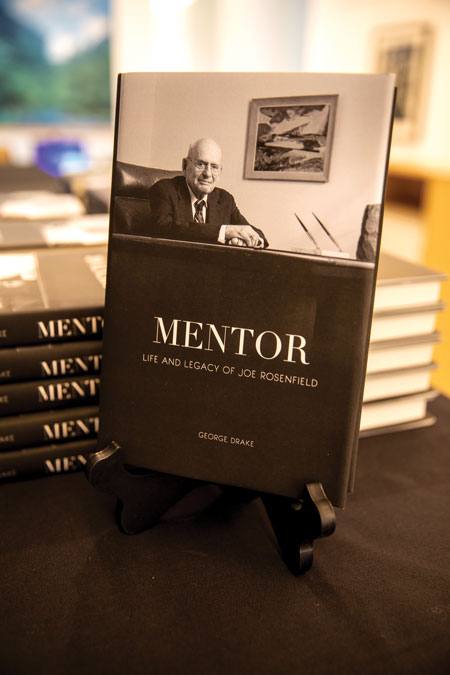