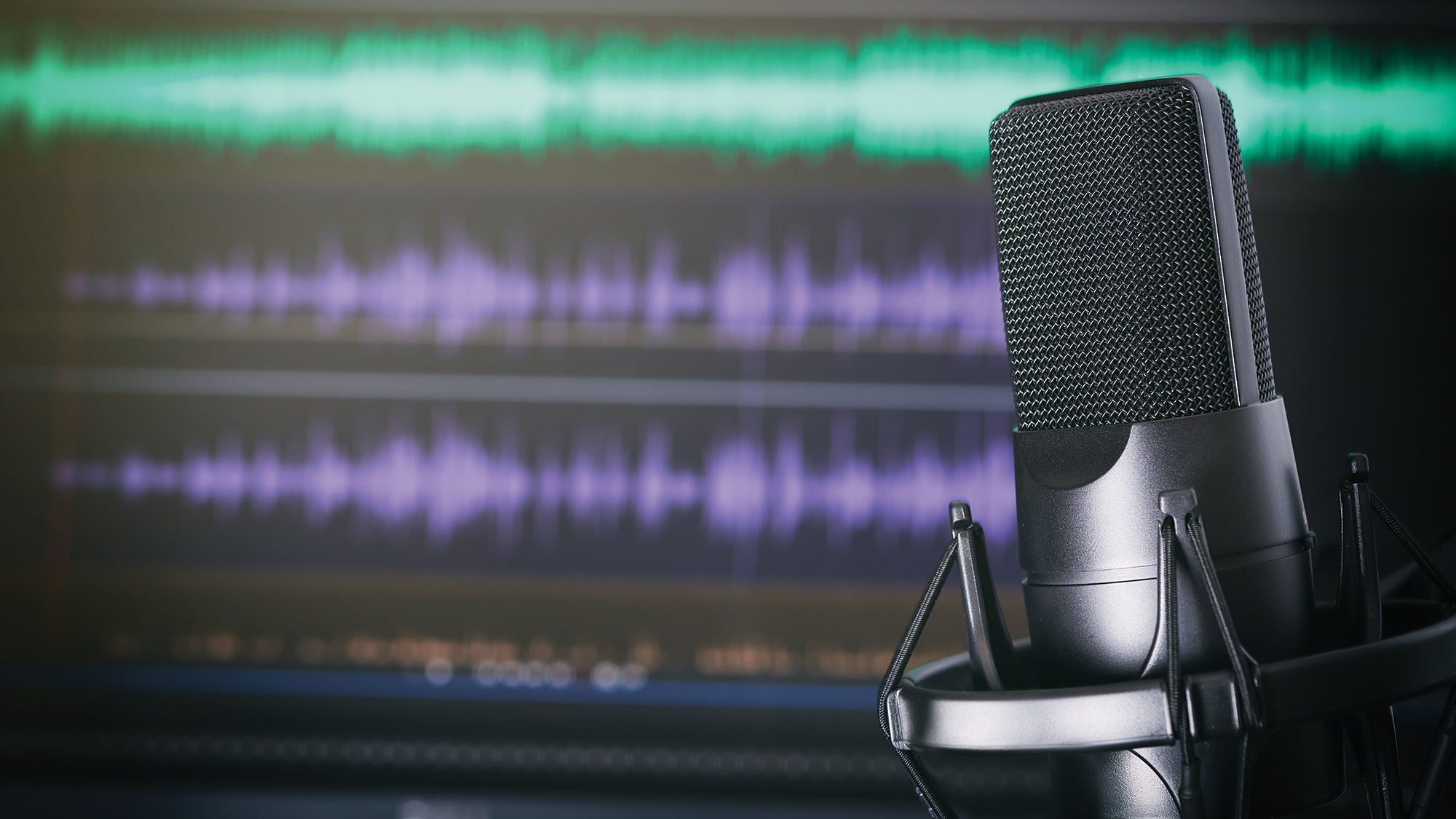 Podcasting for the People

In his previous life as a professor of Russian history, Marshall Poe ’84
enjoyed reading as many scholarly works as he had time and inclination to digest. But like most academics, his research tastes were specialized; who else but a small circle of historians would be interested in Poe’s first book, A People Born to Slavery: Russia in Early Modern European Ethnography, 1476–1748 (Cornell University Press, 2000)? Even Poe’s mother barely glanced at it.

Poe realized, not for the first time, that valuable research being produced by academics wasn’t reaching the public — and he felt it should. “A lot of good ideas and scholarship are trapped in these expensive monographs. You won’t find them in local libraries, and most aren’t written for the public,” he says.

“The target audience for journal articles and most academic books are academics,” continues Poe. “But there’s darn little attempt to get them out there to the broader public. I thought if there was a way to get that information to more people, more would consume the content.”

Poe turned to podcasting, and now thousands of listeners — academics and nonacademics alike — daily consume scholarly work via Poe’s brainchild, the New Books Network (NBN). Each weekday, five podcasts are posted free of charge on the NBN website and podcast subscription sites, which are promoted by Poe’s fellow Russian major (and the much more social-media savvy) Leann Wilson ’07.

“You have to meet people where they are, and where they are isn’t in front of books,” says Poe, whose second book, A History of Communications: Media and Society from the Evolution of Speech to the Internet (Cambridge University Press, 2011), explores such issues. “I knew people wouldn’t even know about these [academic] books; and if they did, they couldn’t afford them; and if they could afford them, they wouldn’t have time to read them. Most people avoid reading books and if given a choice, will watch or listen instead.”

What NBN offers are 30–60 minute interviews with academics chatting about their latest books with other experts in the field. Whether the topic is Empire’s Guestworkers: Haitian Migrants in Cuba During the Age of US Occupation (Cambridge University Press, 2017) or The Treasures of Alexander the Great: How One Man’s Wealth Shaped the World (Oxford University Press, 2016), the podcasts are informal and informative, and the authors, who usually receive little publicity, “are pleased as punch to talk about their books,” says Poe. “There’s a real difference between listening to someone talk about a book they’ve written and reading their book. The book comes alive, and that’s what happens on these shows.”

Listeners can subscribe or browse through 81 subjects (or channels) ranging from philosophy and national security to Hindu studies, mathematics, and architecture. Each subject has its own website, RSS feed, Facebook page, and Twitter feed. NBN archives contain 5,000 episodes, and nearly 250 volunteer hosts produce 100 new episodes monthly. All of the books come from academic presses, although some books are “crossovers” — more popular books from those presses — and most are nonfiction. (One notable exception: A professor interviewed actor James Franco about his book of poetry.)

“We provide an easy way for anyone who is interested to get acquainted with books and ideas they might not otherwise be able to,” explains NBN philosophy host Carrie Figdor, University of Iowa. “There’s only so much time in the day and only so much information that will come to your attention.”

The network has grown immensely since Poe’s first foray into podcasting. In 2007 he was interviewed for a podcast about an article he’d written for The Atlantic magazine (on the history of Wikipedia, one of Poe’s inspirations for sharing knowledge.) At the time Poe was a history professor at the University of Iowa. Inspired by the experience and intrigued by the idea of spreading information and research far beyond its usual (written) borders, he learned how to podcast and started New Books in History, interviewing one historian a week about his or her work. The project took off, and in 2011 he launched NBN, expanding it to dozens of topics and recruiting other academics to do the interviewing. Poe left his tenured position at Iowa and eventually moved to Northampton, Massachusetts, where he devotes himself full time to the venture.

Wilson joined NBN in 2015. She was a Fulbright scholar who’d spent so much time in Burling Library “that most people from the class of 2007 wouldn’t know me.” After dropping out of a Ph.D. program in Russian history at the University of Michigan (she instead earned her master’s, then moved back home to Milwaukee), the dry-witted Wilson knew the chatty, exuberant Poe through his scholarship; the two met in person at history professor Daniel Kaiser’s retirement celebration. Poe asked if she would help with NBN but couldn’t yet pay her; they exchanged emails, and she eventually joined, editing and publicizing the podcasts.

“A big part of my job is knowing the hosts, their area of interest and what books they’d like and not like,” she explains. “For someone like me, it’s fun. You get to flip through these catalogs; and if I want a book, I ask. I do what university press publicists do; but instead of begging The New York Times to feature our books, I go to social media and engage directly with people who are listening to our podcasts.”

Wilson writes attention-grabbing summaries and tags the author and where they teach, posting on Facebook and Twitter. “We started using Twitter vigorously, and it has really helped out,” she says. “We want to reach the people who will listen to our interviews and retweet and create buzz about them.” The New Yorker staff writer Adrian Chen, for example, tweeted that “My favorite running soundtrack is the @NewBooksNetwork. They post like 4 interviews with authors of (mostly) academic books per day on every topic. I’ve learned so much.”

NBN’s audience is wide-ranging; in 2017, more than 7.3 million downloads were recorded by NBN’s server. Of the roughly 250,000 subscribers, many are academics; but the typical listener, says Poe, is simply curious and educated. A New Zealand farmer wrote to say he enjoys listening while herding sheep into the paddock, while an adult film star recently tweeted his endorsement of NBN. Other fans who’ve written Poe include commuters looking for something new to learn each morning on their way to work. Wikipedia co-founder Larry Sanger and Southern Poverty Law Center director Richard Cohen are also NBN fans.

“I’ve listened to perhaps 150 of the interviews over the past few years — at least one or two a week on average,” says William A. Clark, associate dean of The Graduate School at Pennsylvania State University and a former professor of Russian/Soviet politics. “Marshall has a very unique knack of identifying interesting and important works by top-tier scholars in these disciplines. He also identifies younger up-and-coming scholars who are making significant forays into the scholarship. … Nothing matches the scale and sweep of the New Books Network.”

NBN doesn’t accept advertising and is primarily supported by Amherst College Press under Mark Edington, director. “I’m so excited about NBN — it’s such an act of goodwill,” Edington says. “New scholarly ideas are important and of significance to our society and democracy. We aren’t giving books away but are giving authors a chance to reach an audience vastly larger than the audience that will buy their books.”

Though it’s not the goal, NBN is selling books; when a listener on the NBN site clicks on the book being discussed, they’re directed to Amazon, and each day, 2–10 books are purchased via that route.

But the listeners are the primary target. On an average day, according to the Bureau of Labor Statistics Time Use Survey, American leisure time includes 19 minutes of reading as a primary activity — compared to 2 hours, 47 minutes of watching television. Time spent listening to audio is harder to measure and vastly underreported, says the bureau, since it’s generally done as a secondary activity, while commuting, walking, or working out, for example.

Recently a speech language pathologist and regular NBN listener contacted Figdor, the longtime co-host of the New Books in Philosophy channel. “I have minimal formal education in philosophy and have learned most of what I know through podcasts and other secondary sources (e.g., Stanford Encyclopedia of Philosophy),” wrote Rick Carpenter. “It is to your credit that I am able to understand your podcasts, as they are among the most content-dense that I listen to.”

It’s just the kind of response Poe dreamed of when he launched the NBN. “Our mission is to democratize access to scholarly information in books so [that] not only someone at a university knows about it, can afford it, and can take time to read it, but that everyone can. There’s a lot of valuable research that’s not reaching people, and I think it should.”

New Books Network by the Numbers