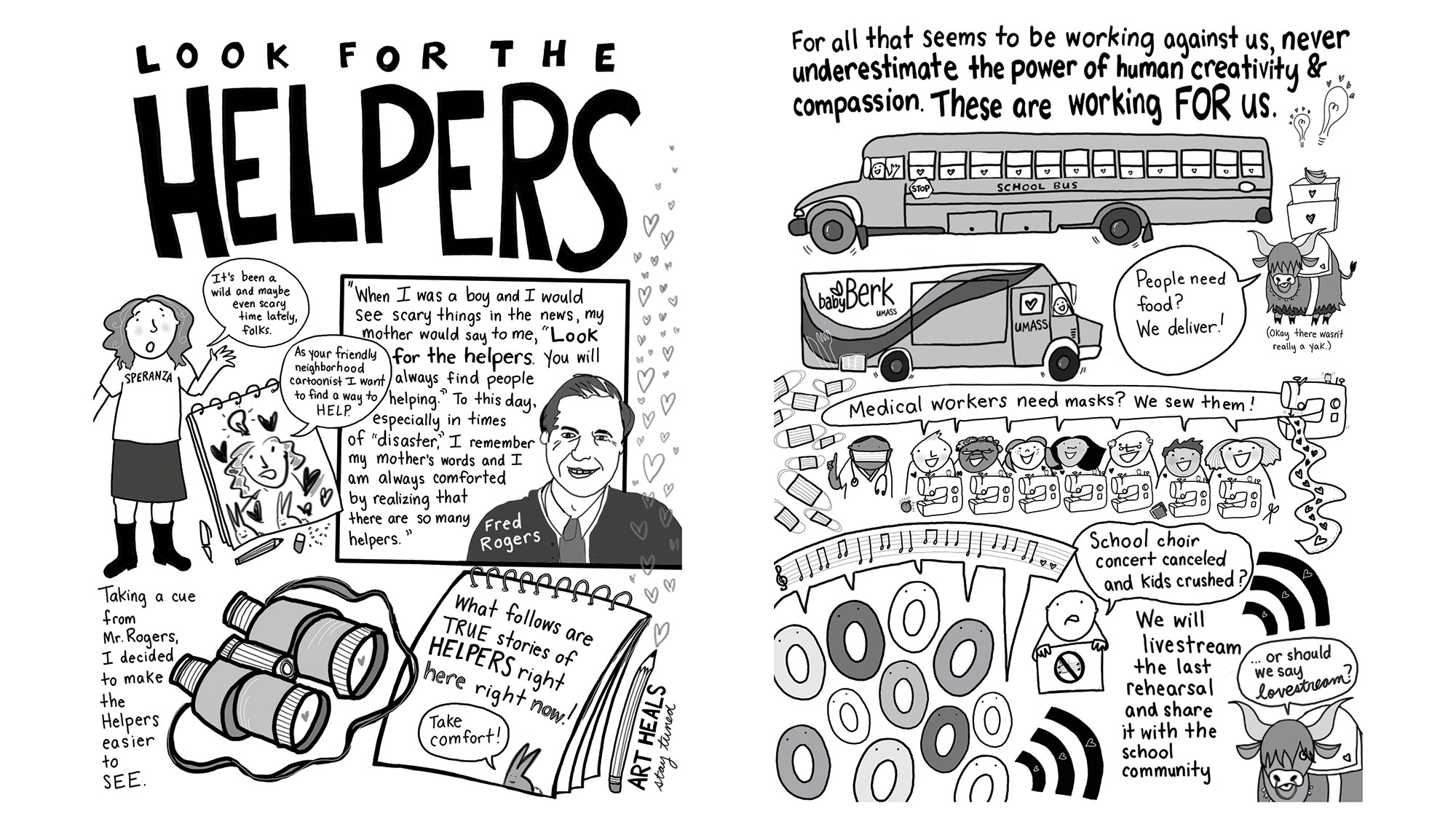 Stories of Good in the World

Sally Campbell Galman ’96, a professor of child and family studies at the University of Massachusetts at Amherst, has earned significant acclaim for her arts-based social science research. This spring, her “Look for the Helpers” series of cartoons that ran in her hometown newspaper, the Daily Hampshire Gazette, has brought her sharp insights to a wider audience.

Campbell Galman’s newspaper cartoons are a familiar sight for many Grinnellians. Her popular comic, “Stating the Obvious,” ran in The Scarlet & Black for years. It was published as a 1996 book collection, titled Obviously, the proceeds from which were used to purchase new outdoor play equipment for the College preschool. Cartoons even played a role in her admission to Grinnell: “I sent cartoons in lieu of college essays,” she says.

The three cartoons here are excerpted from the larger “Helpers” series, which has attracted worldwide attention. Campbell Galman says it is gratifying to see that the work is resonating. “Robert Louis Stevenson wrote that we are obligated to share our courage with others, even if we ourselves feel fear,” she says. “I put out there the reassurance I would want to see.” 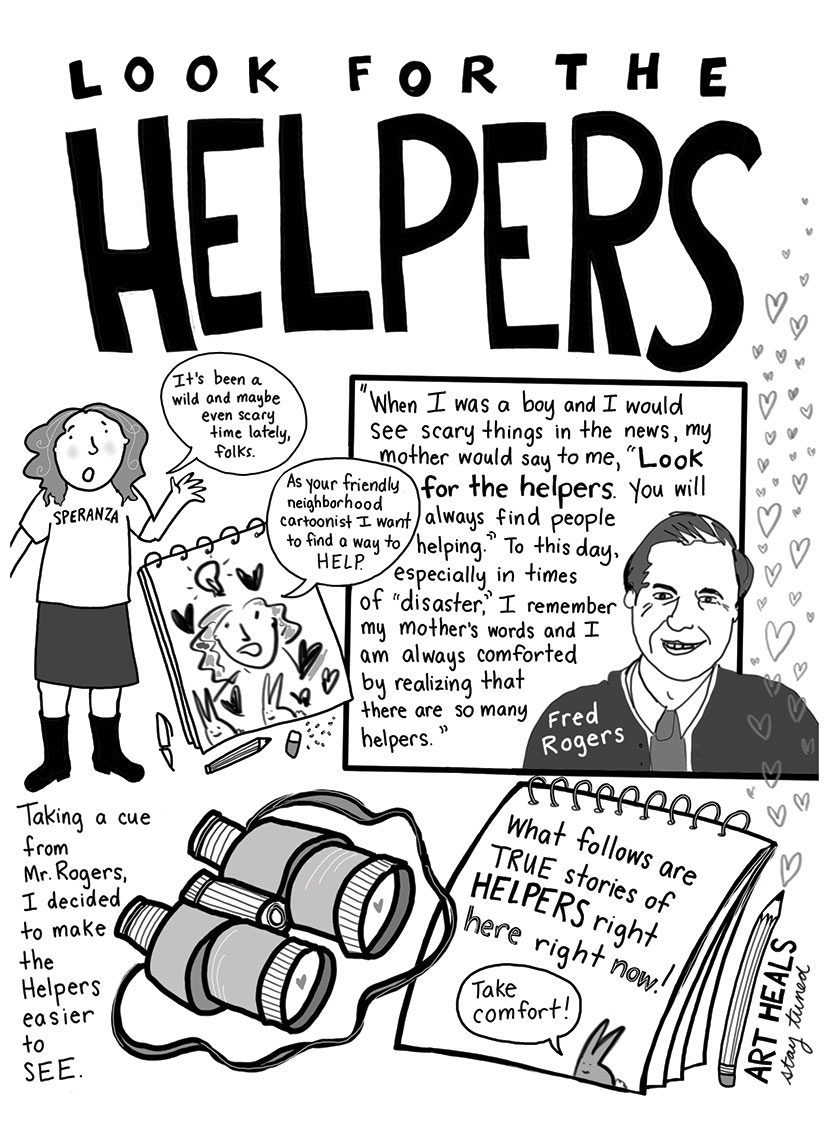 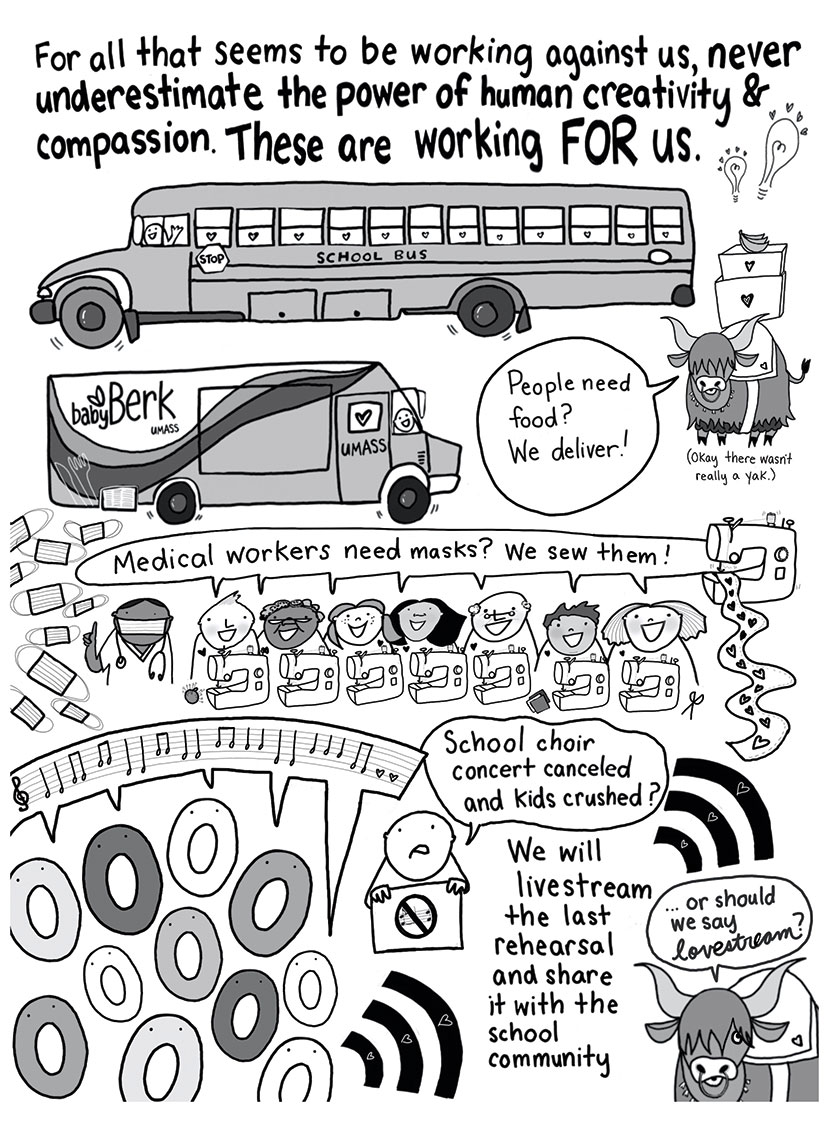 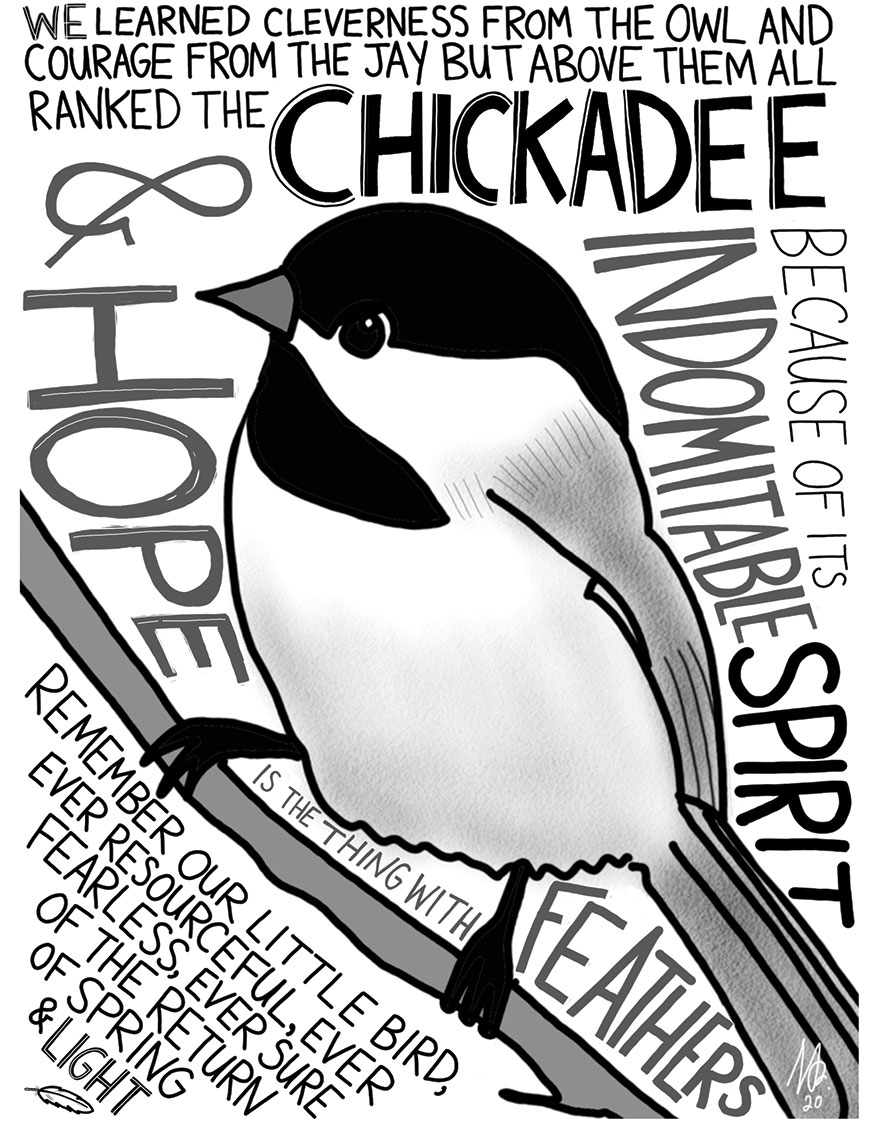