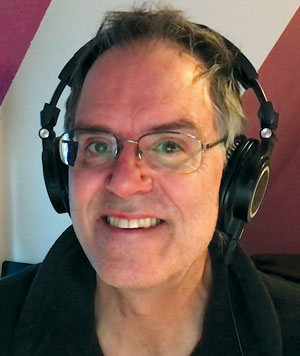 Eventually, with a heavy heart, I decided on four. But then I learned something wonderful: I could audit classes. When I got to Grinnell, I didn’t know what “audit” meant. But I learned that I could, as a student, just sit and listen to smart people talk about smart stuff. That’s exactly what I wanted to do! No muss, no fuss, no tests, no papers! I love auditing classes and did it a lot during my four years at Grinnell.

Of course, after a bit, I had to pick a major. That was hard, so I picked two. I probably would have picked three if I could have. I took more classes in my majors than I did in other things, but there were a lot of other things. Honestly, I really liked the other things because I felt a bit constrained by even two majors. And then there was auditing!

Then I had to decide on a career. This meant making further hard choices, as it meant more specialization. I wanted to be a history professor. What sort of history did I want to study and teach? Well, all of it, of course. My adviser, a historian, told me this was not possible; nobody gets into graduate school saying they want to study “all history.” So I picked one kind — Russian, as it happened.

After a couple decades of being a Russian historian, I felt a bit uneasy. I thought “Well, I think I know everything I want to know about Russian history.” So what to do? Thinking back on my Grinnell experience, I thought, “How can I get a job where I get to learn about everything — that is, take 20 classes in one semester?” There was no obvious answer.

But I had an idea, one I got from going from table to table in Darby Gym: What if I talked to professors about their books, recorded the conversations, and then published them as podcasts? This was in 2007, so podcasting was a new thing. So I did that. Then a remarkable thing happened: Other people like me said they wanted to interview professors about their books. I knew how to set them up, so I set them up. The New Books Network was born. Today, the NBN has 800 hosts, publishes 60 or so interviews with professors a week, and reaches about a million listeners a month. These curious listeners, I think, are just like me trying to decide what classes to take. They can’t decide, so they take them all. They are too interested in too much.

Marshall Poe ’84 is a former Russian history professor, former editor at The Atlantic, and now the editor of the New Books Network. He spends his time trying to decide which episodes to listen to and not succeeding.