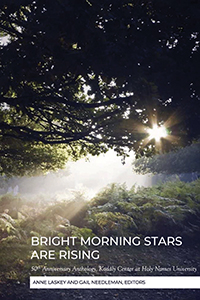 This anthology offers not only scholarship on the history and impact of Kodály, but also human stories of courage and resilience. Ideological suppression in Kodály’s home country was no match for the power of music and the irrepressible commitment of Zoltán Kodály himself as well as music teachers and scholars from around the world. More than half a century after his work began to receive global recognition, Kodály’s influence still can be found in schools.

Anne Jenkins Laskey is a former director of the Kodály Center at Holy Names University. Her previous positions include 12 years as music specialist at the Convent of the Sacred Heart in San Francisco and five years as assistant conductor of the San Francisco Boys Chorus.