I read that Twila Thompson ’76 died and wanted to add to her story because it relates to her time at Grinnell. After we graduated, Twila and I took a play I had put together and performed at Grinnell (Dear Mrs. Evans) and improvised and added to it until it was an entirely new show, Sirens. Twila and I formed Woman’s Collage Theater and toured with this two-woman show with artwork and costumes by Judy Hoffman ’76, also a Grinnell graduate. We eventually performed in 23 states, twice returning to Grinnell College to perform Sirens. I was so sad to hear in The Grinnell Magazine of Twila’s death and wanted that aspect of her life honored. 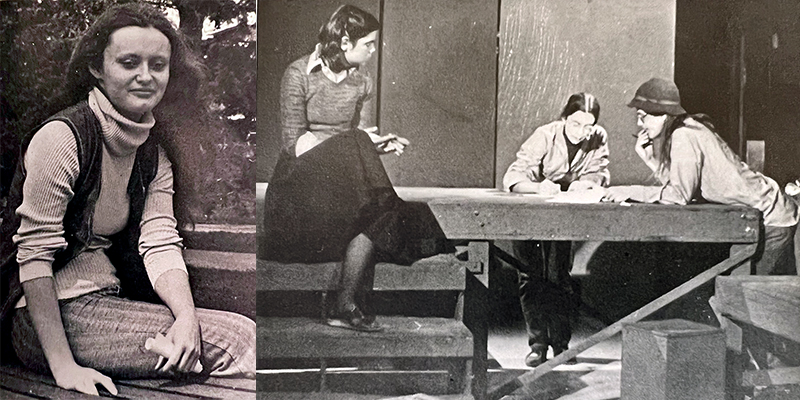