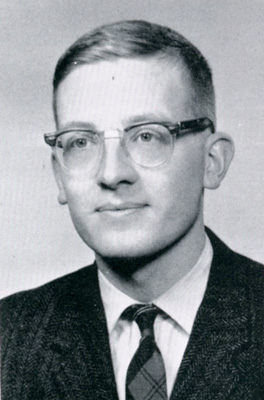 I was sorry to hear of the death of Professor Jim Magee in late 2019. I took Professor Magee’s course in international politics at Grinnell in, I think, 1967 or 1968. Although I hadn’t been especially keen on the subject, he made it interesting. He was energetic and enthusiastic. He was especially good at helping us understand the motivations of countries who opposed us. He explained the very sensible and practical reasons why our enemies (mostly the Soviet Union at the time) did not want to do what we wanted them to. They saw things differently and did not see cooperating with the United States as always being in their best interests. After his lectures, we understood why. This approach has served me well. Professor Magee was also a warm, kind man.

I just read that Grinnell is eliminating student loans and replacing them with scholarships. As the parent of a soon-to-be college-age child, I applaud the school for leading the cause to reduce student debt. But this is not a new cause for Grinnell, which has always been incredibly generous with its financial packages and puts student need front and center. My experience in 1982 bears this out.

The summer before I was to return to Grinnell for my senior year (only my second year at Grinnell as a transfer student), with my father desperately ill, my mother let me know that there was no money for me to finish college. When I reached out to the school to say I would not be coming back, the person I spoke with immediately told me to return to campus and that the school would help me make it work. After I maxed out student loans and accepted a job on campus (at the wonderful preschool lab), Grinnell gave me the rest of my tuition and board in the form of a need-based scholarship. I truly believe my ability to graduate college came down to the care and generosity of the school. Thank you, thank you, Grinnell!

I just want to take the time to recognize the nice article that you wrote about my dad, Waldo S. Walker. He would be pleased with the content, perspectives, and insights that were given highlighting his dedication to Grinnell College. As you illustrated, his contribution to the College cannot be overstated, and the positive impact that he had on countless students past, present, and future is immeasurable.

Thank you for taking the time to research and accurately portray the “Iowa boy who appreciated differences” who became a real difference-maker in the lives of so many.

I just received my most recent Grinnell Magazine and was dismayed to see a complete absence of nurses in the article “Stories from the Pandemic.”

I am a proud Grinnellian and family nurse practitioner and know I am in good company as a Grinnell alum in nursing. Our contribution to patient care and community wellness during the pandemic has been significant.

I work for a community health center that provides care to Chelsea, Massachusetts, along with other communities that made headlines in the spring for the way they were impacted by COVID-19. I share this not to seek attention, but as an example of one of surely many Grinnell nurses playing a role in pandemic response. I am disappointed that the magazine fell in line with hierarchical, status-based views on healthcare by highlighting only doctors and administrators. 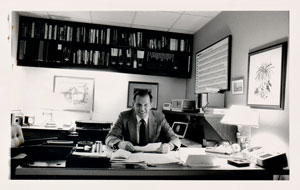 I was very saddened to hear of the passing of Waldo Walker. My father taught at Grinnell in the late ’60s and early ’70s, and my mother is an alumna. Wally was one of a small group of Grinnell professors and officials who were instrumental in luring my father to the College in 1964. They were great friends, so it made sense when I started my Grinnell experience to introduce me to him and his wife, Rita. Periodically, throughout my time as a student, Wally would call me up and invite me to dinner. These were always wonderful breaks from the action of college life. No matter how hectic or out of whack my life at Grinnell became, I always looked forward to those little timeouts. We would meet at the Walkers’ house for a few bracing pre-dinner drinks, before either a lovely home-cooked meal or a trip to JD’s or the Oak Room. I know he was keeping an eye on me for my parents, and I am grateful to him for that. But he was also interested in me as a person and a developing thinker, and our conversations were free and wide-ranging. Above all, though, those nights were just fun.

Wally Walker was one of the funniest people I have ever met, and I truly enjoyed every minute I spent in his company. Thanks, Wally, for everything you did for the College, and everything you did for me. When I received my acceptance into Stanford’s grad program in physical therapy, Dr. Walker was one of the first people on campus I told! I feel like I’ve lost a friend … and know that he was a friend to many students and faculty at Grinnell. I was blessed to have known him!

I enjoyed the article about Sarah Purcell ’92 being advised by Al Jones to consider becoming a professor (“A Light Switch Went On,” Winter 2019). As a sophomore, I told Professor Jones that I was torn between declaring math or history as a major. He leaned back, probably under a halo of cigarette smoke, paused, and asked if I had considered architecture. If he were I, he would consider the new field of “urban architecture,” and in particular the program at the University of California-Berkeley.

Recently I’ve retired from a 40-year career in architecture and urban design, leaving my Berkeley practice of 50 to younger partners. At some milestone early on, I wrote to Al saying, “Thanks! That worked out. Now what should I do?” The letter didn’t get a response, but I always hoped it would at least prompt one of those sly, crooked smiles.

- David Petta ’70
An Appreciation for a Mentor

All of us can remember favorite teachers; we treasure the ways that they have influenced our lives. Now retired, I look back on my 30-plus years as a foreign affairs professional and remember my undergraduate political science professor, James Magee, with fondness.

As a 1972 graduate of Grinnell College, I only had a three-year overlap with him, but during those years, Jim became my mentor and guide into the complexities of international affairs. His sense of history and appreciation for irony inspired me and profoundly influenced my understanding of how the world works. I had the additional good fortune to see our relationship evolve in later years into one between friends and professional colleagues.

When I received an honorary doctorate degree from Grinnell College in 2009, I was honored by his presence at the ceremony. My remarks then provided an opportunity to express in public my personal gratitude for his contributions, knowing that they extended far beyond me and my cohort.

- Greg Thielmann ’72
The Height of Hippiedom

Ruth Marner ’86 caught my attention in your Spring 2020 issue with her longing to experience Grinnell’s campus at the height of hippiedom. I believe I witnessed the beginning from my office window during New Student Days in the fall of 1960.

As I looked out from my window in ARH, I saw a young man with long hair perched in a tree and strumming a guitar. He turned out to be Terry Bisson ’64, who later transferred from Grinnell. Terry, if anyone, uniquely deserves to be considered “Grinnell’s first hippie.” In a matter of days he was joined (but not in that tree) by a group of like-minded students, including Pete Cohon, Gretchen Geyer [Harris], George Wallace, and Ken Schiff, all class of ’64. Cohon, later known by his professional name, Peter Coyote, became the gifted movie actor and voice of Ken Burns television specials. But Terry Bisson — he and Coyote have remained good friends to this day — has done remarkable work as a writer of science fiction stories. Cohon was the most forceful of that crew, but Bisson was somehow more the key embodiment of the so-called “hippie” phenomenon.

This group, I’m confident, were the first of the “Grinnell hippies.” Their arrival in that fall of 1960 was transformational. From the first, they stood out. They represented change and entered into the trajectory of agitation that distinguished college life through the ’60s and early ’70s.

I want to thank you for the retrospective on Free the Planet (“Solving Wicked Thorny Problems” [Page 18, Fall 2019]). I was heavily involved with leadership of the Environmental Action Group (EAG) from 1995 to 1997, and I have to admit that when a couple of younger students started a new environmental group on campus, I was a little indignant that they didn't work with us and allowed my hurt feelings to prevent me from finding out what they were about. But while EAG was very much embedded in the “think globally, act locally” strategy of the time and focused in taking concrete and immediate actions on campus, FTP focused on protests and advocacy off campus, which at the time seemed ineffective to me; but as your article makes clear, in hindsight they may have had a greater impact. I am grateful to Rachel Fritts ’14 for writing the article and to all the activists at Grinnell who have had the vision to look beyond the campus at the larger picture.