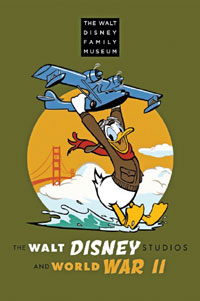 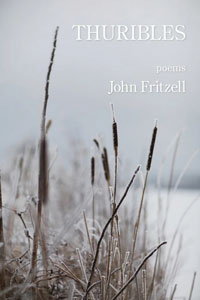 John Fritzell ’89 published his first chapter book of poems, Thuribles, through Kelsay Books in May. Fritzell was short-listed in Tiny Seed Literary Journal’s annual chapbook contest and was a finalist for the North Dakota State University Press’ Poets of the Plains and Prairies (POPP) chapbook awards. He is a member of The Mill, a place for writers, and the Wisconsin Fellowship of Poets (WFOP). 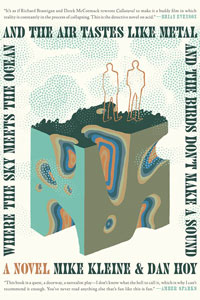 Where the Sky Meets the Ocean...

Where the Sky Meets the Ocean and the Air Tastes Like Metal and the Birds Don’t Make a Sound, by Mike Kleine ’11 and Dan Hoy, was published in July by TRNSFR books. Kleine describes the book as “a little soft sci-fi, cli-fi, ambient lit, and somewhat theory-fiction.” In it, detectives Michael and Daniel must try to solve a murder on planet Earth. The victim may or may not be named Jane from Yesterday. And the Man of One Thousand Years, cult leader of the Architects of Q’Noor, may or may not be responsible. 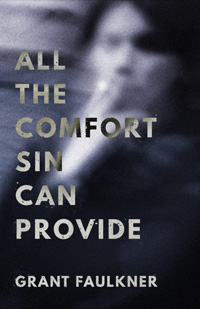 All the Comfort Sin Can Provide

All the Comfort Sin Can Provide, being published in July by Black Lawrence Press, is a collection of brutally unsentimental short stories by Grant Faulkner ’87. Faulkner chronicles dreamers, addicts, and lost souls who have trusted too much in wayward love, the perilous balm of substances, or the unchecked hungers of others, but who are determined to find salvation in their odd definitions of transcendence. 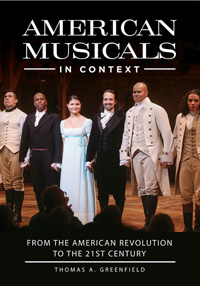 American Musicals in Context: From the American Revolution to the 21st Century

In March, Thomas A. Greenfield ’70 published his fourth book, American Musicals in Context: From the American Revolution to the 21st Century, from Greenwood/ABC-Clio. The new book gives students a fresh look at history-based musicals, helping readers understand the American story through one of the country’s most celebrated art forms: the musical. 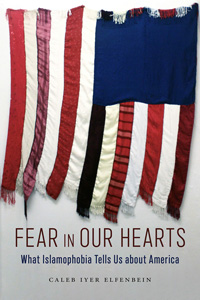 Fear in Our Hearts: What Islamophobia Tells Us About America

In January, NYU Press published Fear in Our Hearts: What Islamophobia Tells Us About America by Caleb Iyer Elfenbein, Grinnell associate professor of religious studies and history and director of the Center for the Humanities. Elfenbein incorporates data from the Grinnell College National Poll and many other sources to examine Islamophobia in the United States, positing that rather than simply being an outcome of the 9/11 attacks, anti-Muslim activity grows out of a fear of difference that has always characterized American public life. 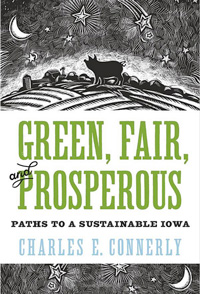 Green, Fair, and Prosperous: Paths to a Sustainable Iowa

In Green, Fair, and Prosperous: Paths to a Sustainable Iowa, published in September 2020 by the University of Iowa Press, Charles Connerly ’68 argues that Iowa must reckon with its past and the fact that its farm economy continues to pollute waterways while remaining utterly unprepared for climate change. For development to be sustainable, society must balance it with environmental protection and social justice, and Connerly provides a crucial road map for how Iowans can move forward and achieve this balance 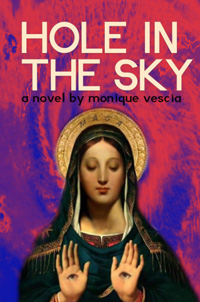 Hole in the Sky

Hole in the Sky by Monique Vescia ’81 is a satirical novel published by Roughhouse Books in January 2021. It’s the spring of 2021 and the unthinkable has happened: A certain someone has been elected to a second term as president. As life in the United States solidifies into a brutal alternative reality, a Syrian refugee named Petra fights to secure a homeland on a patch of garbage in the sea. 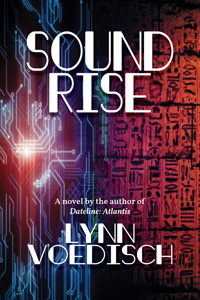 Soundrise by Lynn Voedisch ’76 is a blend of technology, fantasy, adventure, and poignant human interaction. Published in February by Story Plant Books, it tells the story of an elite programmer who spends all his off hours pursuing some enigmatic and possibly world-altering trove of data. It leads him far beyond the comforts of his console to a world of ancient Egyptian goddesses and ageless mysteries. John Straley ’76 also adds a review blurb included on Voedisch’s website.. 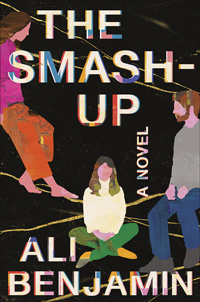 The Smash-Up by Ali Wade Benjamin ’92, published by Random House in February, incorporates names and elements of Edith Wharton’s Ethan Frome into a thoroughly modern story of political resistance, #metoo allegations, progressive parenting, and marriage in a small town. The Smash-Up is at once an intimate, moving portrait of a family in distress, a vivid examination of our roiling national rancor, and a powerful exploration of how the things we fail to notice can shatter a family, a community, and a nation.